Among Science Fiction Massive Multiplayer Online games, the top-ranking one has been Eve Online. A ship vs ship combat game in which players organize into alliances, it has stood over most of the “Other than WoW” crowd. Recently however, some developments could put this status into question.

For most of Eve Online’s history, players never saw their game face. That’s because all the action was in space. For some time, there’s been talk of allowing players to walk about in their ships and space stations. On June 21, their “Incarna” update finally allowed it. 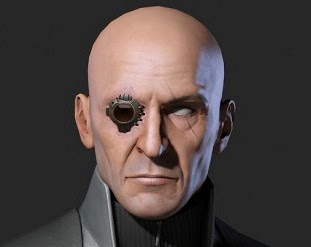 At SL8B, I had a chat with GoSpeed Racer, whom also plays Eve. She told me this update came with a catch. If you wanted to put accessories on your avatar, most clothes would cost the equivalent of $17.50 US dollars. More expensive is the monocle, which costs a $70. When I went to read more about it, I came across more news. News that was making veteran Eve players afraid and angry.

A document from the company behind Eve was leaked which revealed plans to allow purchases of ammo, ships, and other equipment, in addition to other things like faction standings. Why the fuss over these “microtransactions” as they were called. Eve is not a new game, but has been around for several years with a core of dedicated veteran players. And the company had promised for some time there would be no items affecting gameplay up for sale when microtransactions became an option. The message taken by many as the result of this leak was “We lied.”

Articles on Massivley stated that the company’s initial answer to the controversy did nothing to soothe player anger. The results were numerous protests in-game. One film of a protest showed “hundreds” of players firing on a space station. Not all Eve players share this opinion. Another Second Life friend who began playing Eve was unaware of the controversy when I mentioned it, and didn’t see what the fuss was about.

Massively’s “Eve Evolved” columnist was hopeful, but also worried that the company was willing to demolish the sense of community the game had in the name of short-term profits, “I don't want to look back on this weekend in years to come and say to people, ‘This was the day that EVE Online died.’ ”

Fortunetly, CCP realized the mess that had come about. An apology was issued for the tone of the initial response, and they went as far as to fly the game’s “Council of Stellar Management,” a group elected by the players to represent their views, to Iceland for a meeting. After some time to talk, the company issued a statement that their store “will be used for the sale of vanity items only. There are no plans, and have been no plans ... to introduce the sale of game breaking items or enhancements ...”

Responses to Massively’s article were mixed, the majority of those responding expressing some level of skepticism. Although some are willing to believe the company behind Eve Online, it seems the “Monoclegate” controversy has left a sour taste with some veteran players that will take time to fade.

*Addidtion* - GoSpeed has her own blog with her comments on the matter.
Posted by Bixyl Shuftan at 6:00 AM