News and Commentary: Of "Morphological Freedom" in Real Life and Second Life 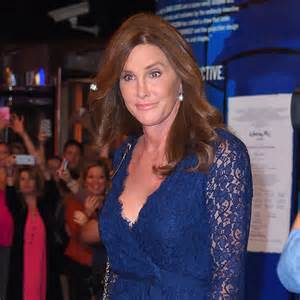 Valkyrie McGill (also known as Valkyrie Ice), besides being the Sunweaver's resident succubus, is also a writer for online magazines. Earlier this summer, she wrote a commentary that touched on two real-life news events at the time. One was about Caitlyn Jenner, formerly known as Bruce Jenner, whom had recently completed a sex change operation. After it was finished, she appeared in a "Vanity Fair" cover shoot. The other news item was about Rachel Dolezal, a former NAACP chapter leader, whom made news as she had been calling herself black but her parents stepped forward to say she was really white. She defended her reasoning by stating she identified as black.

The reaction to Bruce/Caitlyn Jenner's transformation has been on the whole positive, with a number of people praising her. Outright condemnation seems to have been mostly limited to a few religious fanatics whom I wouldn't have heard about if someone on my Facebook feed hadn't posted the stories, and one band of radical feminists who condemned sex changed operations, calling transsexuals gay men who ought to stay gay men. The criticism I heard was of coworkers, family, and a few Facebook friends cracking jokes, such as a picture of a beagle labeled "Bruce Jenner's cat." One local talk show host didn't crack any jokes, but explained he could not understand why a man would have his sex changed, at one point comparing it to a teenager cutting herself, "Did he do something in his past that made him ashamed to be male and he wanted it cut from him?" And at another he was wondering if this was a denial of reality, "how can a man in his sixties see himself as a woman in her thirties?" But in the end, he stated Jenner had every right to go through the operation. 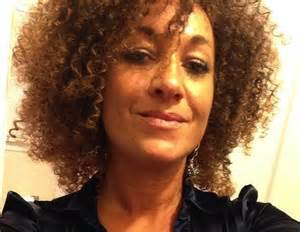 Although the change of appearance made by Dolezal was much less drastic, the reaction to her was much less supportive and much more negative. At best, people expressed reluctant support. More often was confusion or people questioning her judgement. At worst, she was accused of being "deceptive," a "con artist," a "homegirl hoaxer," and of doing a kind of "blackface" only with tanning pills or a spray tan instead of facial makeup. In contrast to Jenner being called a hero, she found herself condemned and vilified. That she might have been influenced by her parents adopting a number of black children was seldom mentioned.

Why the difference in how they were treated? One radio political commentator charged that certain organizations saw that a white person would want to be considered black as a threat to their claims of discrimination. Not being black, I can only speculate. It may be that with racial tensions increasing in the country lately, people from the group Dolezal wants to be a part of are more likely to assume such an unusual move must have some hostile agenda. There's also that although sex-change operations and transsexuals have gotten renewed interest after Jenner, they are not new but have been going on for years.While there have been tales of whites disguising themselves as black as part of a social experiment, to "be in another's shoes" so to speak, and in the past light skinned blacks have passed as whites to better fit in mainstream society when Southerners were still bitter about Reconstruction and Northerners felt those who were different should be in their own separate neighborhoods such as "Little Italy" or "Chinatown," it's pretty rare for a white to change one's racial identity to black. 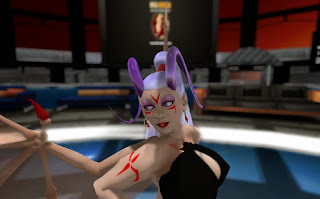 Valkyrie argued that both Jenner and Dolezal had a right to change what they were, calling it "morphological freedom," and if anyone had a problem with it, they had no right to stand in their way, "Caitlyn is going to be a woman, and Rachel is going to be black, because that is what THEY ARE. You can claim it’s a choice, a mental illness or a fetish, but it’s not going to matter in the end what anyone else thinks ..." She herself had the goal of wanting to look like her Second Life avatar in real life, a succubus with wings and horns. Something that couldn't be done with current technology, but she has been hopeful developments in the near future will make it possible.

In Second Life, "Morphological Freedom" has been more or less with us from the beginning. The first ones coming on could tailor their avatar's height, skin color, sex, and other details as they pleased. And it wasn't long before nonhuman avatars were developed, and sometimes an option for newcomers before they even set foot on the Grid. Here you can be an elf, a demoness, a tiny feline, a huge dragon, a five foot tall anthro fox with opposable thumbs in a fedora and overcoat, and most anything else, limited only to one's talent or the budget to purchase such talent. While there have been stories about some people having issues with appearances, such as a self-described "elite" place considering a furry avatar the equivalent of wearing a T-shirt to an opera, it's my experience most residents don't have a problem. Conservative or liberal, religious or atheist, all have been overwhelmingly accepting of differences in appearance, as well as choosing to be different themselves.

The issue of people choosing to be the opposite sex in the grid has seen no shortage of discussion. While it's most commonly imagined as women in Second Life actually being men in real life, this isn't always the case. While there have been some whom have expressed a problem with or been confused as to the motivations, it's my experience most people are content with such residents listing on their profiles their real-life genders, or give some other kind of warning, to prevent any "accidents" with those looking for a date or admiring appearances of the opposite sex. 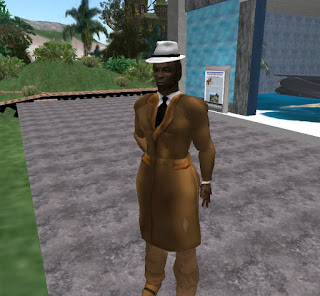 The issue of someone wanting to look like a different race than in real life hasn't been touched on as much as wanting to look like a different gender, or even look like one of a race of people from a fantasy or sci-fi story. Still, there have been stories about it. There have been a few tales of residents in black avatars being taunted with racial slurs and real life whites trying a black avatar getting the impression they were treated differently, such as one article in New World Notes in 2006. My own impression when I had on a black human avatar as part of a Relay for Life fundraiser was that I didn't experience much of a difference in how I was treated, and a few people asked if I was considering changing to the dark-skinned avatar for good.

In real life, people can't change appearances as fast as they can in Second Life of course. Tanning pills take many days, weeks, to work. A transsexual's journey to the opposite sex is a series of hormonal treatments, surgeries, and counseling sessions that lasts for years. Changing into a "furry," in real life it can't really be done ... yet. But here have been body modifications, such as that of "Stalking Cat" a few years ago, that are a hint as to what can be developed as technology and techniques improve.

It's doubtful that we will ever be able to change our sex or species as fast as we can in Second Life. Even in Star Trek, surgical alterations took time. But as the possibilities become wider, the time becomes shorter, and the money needed becomes less, it isn't hard to imagine some people, especially science-fiction/fantasy fans, wanting to change to a new look. And if such a change could be easily reversed, there's less to be afraid of, and more people would be more likely to undergo such a change. Just look at how popular tattoos are today.

Second Life might be a guide as to how society might react, most people not usually making a big deal. What would happen to the dating scene? Just as there has been at least one lesbian club on the grid asking that women confirm their gender by going into Voice, might there be singles clubs that demand that they have access to all your medical records to make sure one always was the gender they appear? What would happen to the concept of "race" if people could easily appear dark-skinned, or even blue, green, or other tones seen currently in Second Life. Might some Japanese restaurants offer a bonus for waitresses whom sport cat ears and a tail, or a furry anthro feline with a full coat and muzzle with whiskers?

And you can be "foxy" in more ways than one.