Looking Back: The Misadventures of Clumsy Cooper 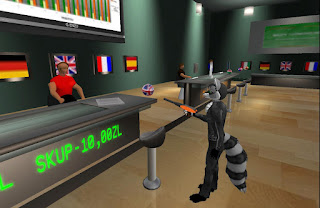 Before coming to Second Life, I was a writer of fiction, both short stories and longer tales. When I joined Second Life Newspaper, it was a change to writing about the news. But I never did lose my talent for stories. When the Second Life Newser came about, after a few months in Autumn 2010 it gained a sponsor: the Podex Exchange, occasionally called the Podex Bank, owned by Jacek Shuftan (no relation). As our first sponsor, I wanted to do an article about them about once a month at least. The first few went just fine. 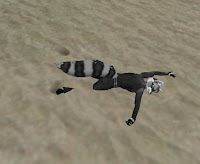 Problem was, when a bank does it's job right, it's boring. And I didn't want to just write the same thing over and over. So I did some creative fiction of a dragon using the bank. Then I had the idea of a bungling bank robber who's efforts were more comical than threatening. So came the story of him trying to hold up the place with a freebie popgun, and only getting himself knocked out and arrested.

Jacek liked the adverts, so I continued to do them, alternating between satisfied customers and more of the clumsy burglar's attempts. I often used props I had in my inventory. Sometimes I would include an avatar that happened to be there, or some of the surrounding scenery. 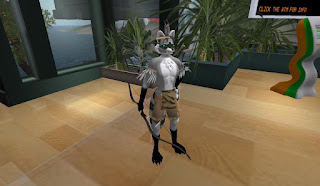 On the robber's second attempt, he tried a rocket launcher but was foiled. Third attempt was ballooning his way over, but that was a bust. Then came masquerading as a pirate. On Thanksgiving, he impersonated an  American Indian. On February 2012, the burglar finally got his nickname, Clumsy Cooper. Thanks to Cupid's arrow, he was unable to try at the bank that month. But in March was back with some St. Patrick shenanigans. 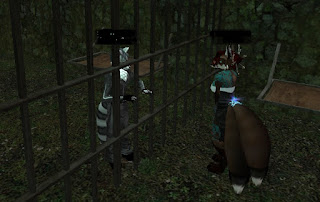 Then came one tale I made with pictures I took underground with the avatar and a friend, the burglar trying underground tunnels to sneak in and foiled again. In August 2012 was a tribute to the Olympics that year. Then came another Talk Like a Pirate Day tribute that went badly for him, and worse for the other would-be bank robber. He took a short break, but was back in Feb 2003 for Valentine Day shenanigans, as well as April for Easter Bunny bungling. 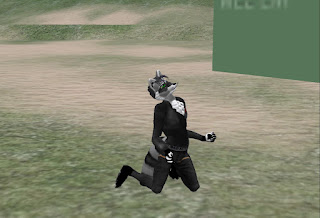 Podex moved in April 2013. So the story that month was the burglar's plans being foiled by that. Then came the effort by Linden Lab to shut down Linden exchange services. That put the Clumsy Cooper stories on hold for a few months. With the situation resolved, Jacek introduced the Podex Art Gallery, which was the target of another unsuccessful effort by Clumsy. November brought another Thanksgiving stunt from the robber. 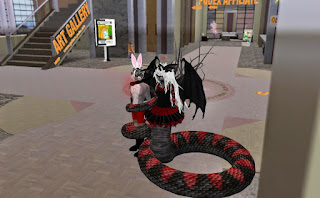 March 2014 was a tribute to the Ides of March. After a break for another few months, he was back for another Talk Like a Pirate Day tribute. In November was the introduction to a semi-regular character whom would be referenced to a few times: The Mastermind. January 2015 had an attempted nighttime burglary that went bad like any other time. In March 2015, Clumsy got the squeeze on by a naga passerby, "Snakes, why did it have to be snakes?"

Unfortunately, June 2015 would see Linden Lab ordering the Linden exchange services to close down again. This time it would be for good. As a result, Podex would close it's operations in Second Life. But rather than leave Clumsy's tale unfinished, there would be one more story in November 2015 in which Clumsy would deal with the shutting down of Podex and find closure. 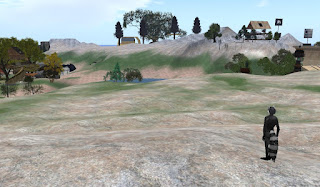 That would be the last of the Clumsy Cooper stories. They had lasted four and a half years. In the past six years, I never did write another tale about the character, though the unlucky bandit who never learned his lessons could easily be used in another story, such as a cameo in a webcomic. Perhaps someday I will. In the meantime, the twenty stories about him are a noteworthy chapter in the history of the Newser, and an example of one writer's use of creative fiction done with the purpose of both advertisement and entertainment. 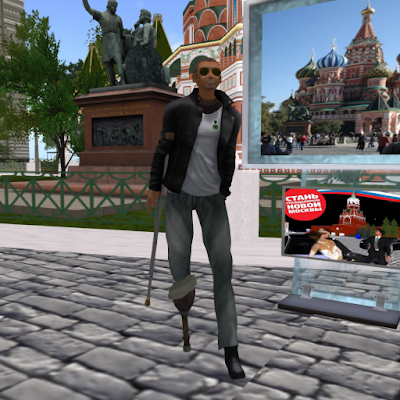 Another year has passed again,
he hung on his crutch in the driving rain.
The parade of young ones marched by,
with music and banners that filled the sky.
Quietly, since there was nothing to say,
the one legged man, met up again that day.

He was the last of the expeditionary force,
expected to be present, of course.
They knew his number, rank and name,
they said that the enemy was to blame.
The mayor, from the tribune, told the same old story,
ending with words like: Sacrifice! Honor! and GLORY!

Glory! What the HELL is that worth?
Glory! That is nothing but HELL on earth.
Glory! I was lucky, I just lost my leg.
Glory! My friend was found like a broken egg.
He was GLORIOUSLY torn apart by a gunpowder keg.
Don't give me that about HONOR and GLORY!
Mayor, I want to hear you say: We are so very sorry..

/Laura to war victims, who are forgotten and neglected
March 5, 2019 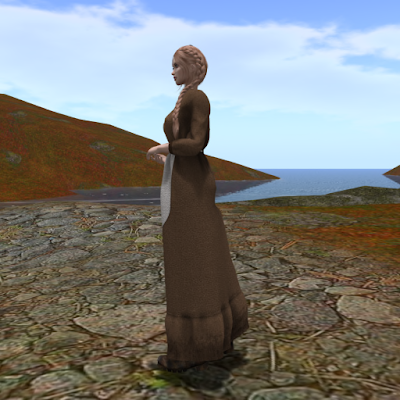 The War Suite - 3: The Gray Platoon

She saw them coming over the moor.
pinching her arm to be sure.
She wanted to shout his name,
but it would not matter, it was just the same.
They were not there. They were gone for long,
and yet, she swore she could hear their song.

And if she listened hard enough
she heard his voice, sure enough.
"Please wait for me, my darling Rose!
When I return, I will propose!"
For seconds only, she saw them pass,
Fragile. As if they were made of glass.

The Gray Platoon of the dead, marched by,
and the old old woman wiped a corner of her eye.
They died that day. Bodies never found.
Shattered bones, tossed around...
Sara never got her Patrick back.
He was vaporized in a grenade attack.

The War Suite - 2: The Soldier 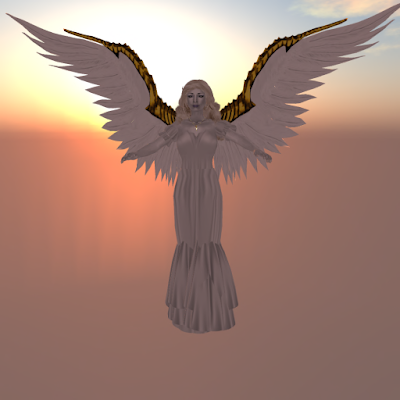 The battle fog hung heavy over the killing field.
Broken and scattered remains were revealed,
when the wind dispersed the veil,
that shrouded a soldier sitting alone on a pail.
Descending towards the soldier - the angel of death.
No sound was heard, not even a breath.

The angel landed, folding her wings,
and there was a single tone, of a bell that rings.
It was ONE of the sounds the soldier heard.
The other was a song of a joyful bird.
Said the soldier to the angel:
Take me! I am ready.

Said the angel: You have done what you could.
You did your duty, when others fell, you stood.
Come with me Soldier, now it is your turn.
No more sorrows. No pain. No burn.
I take you to the eternal rest.
You died a soldier, and your soldier soul is blessed.

Reader Submitted Poetry: Be Ready When The Call Comes

The War Suite: 1: Be Ready When The Call Comes 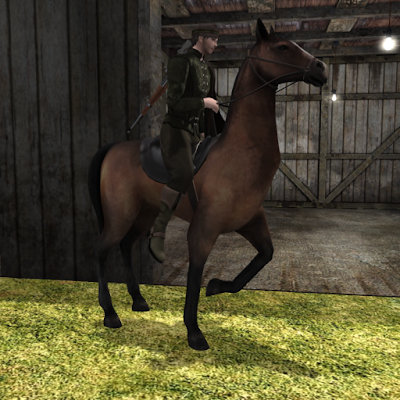 Sit up, ride with us, to the task ahead,
the task that you fear and dread -
Nothing else can curl your soul,
more than this, our task and goal.

Hold your head up, be proud,
sing with a voice that is clear and loud!
You will sweep fear away.
Not even demons will dare to stay.

The path ahead, is one direction.
There is no shield and no protection.
Be ready, hold your head up high.
This is the day, when you fall and die.