Looking Back: The Redzone Controversy

It was eleven years ago this week, March 1-2, 2011, in which Linden Lab finally acted against the controversial Redzone device. For some weeks, this system had gotten the attention of a number of residents as it was advertised as an alt-detection security system. The idea advertised by creator zFire Xue was that places with this system would be able to ban alts of someone on the Redzone database by looking at their ISP number. 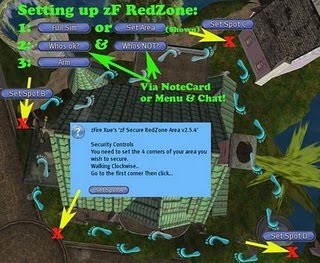 Redzone quickly gained criticism from a vocal group that was probably small at first, but growing. Part of the complaining was he was using an inaccurate way of tracking people as ISP numbers are frequently shared. But more worrisome was concerns that the data could be used to stalk people. Not only did Redzone mean the chance the information could be potentially be used to find someone in Second Life using an alt to avoid harassment, but could be used by a stalker in real life to hunt down someone's home address.

Linden Lab was slow to act against Redzone at first, one New World Notes article quoting Samuel Linden as saying, "We do not consider IP gathering to be an actionable security exploit." So in the absence of action from the Lab, some of the critics formed a group called "Greenzone." They began offering a HUD that would detect the use of Redzone at an area and alert the user. 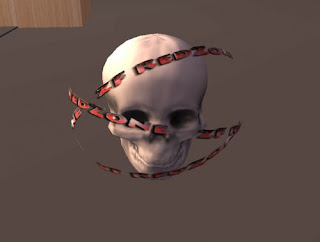 Eventually, Redzone would get the attention of Second Life media. Not just the Herald which was quicker to pick up on dramatic stories, including an interview with zFire, but New World Notes, the Dwell on It blog, and eventually the Newser with a tounge-in-cheek article by Any1 Gynoid. It would also be the subject of an episode of the Tonight Live SL tv show as two of Greenzone's members were interviewed. And soon zFire claimed his security systems would soon start asking permission before collecting information from anyone. But this was soon followed by tales that not only was this not the case, but he was adding the names of critics to the banned database list. There were also reports of hackers breaking into the Redzone database.

Perhaps part of the reason people were alarmed was the time the Redzone controversy took place. 2010 had been a difficult year for Second Life, with 1/3 of Linden Lab laid off, CEO M Linden resigning and Philip taking the helm as the temporary one until the end of the year, the merger with the Teen Grid and scares about what introducing teens might mean to people whom enjoyed adult activities, the Emerald controversy in which users of a third-party viewer had their computers hacked for the purposes of launching a DDoS attack on a critic followed by the banning of the viewer and a few of the team, and the tales and rumors that Second Life was about to be shut down or bought. It's fair to say the confidence of many residents was still shaky, and Redzone just added to their anxiety, "the Emerald decable all over again." The CEO of the Lab at the time, Rod Humble, had only been in for a couple months, and was likely still getting the hang of things. That may have been part of why the Lab was slow to act. 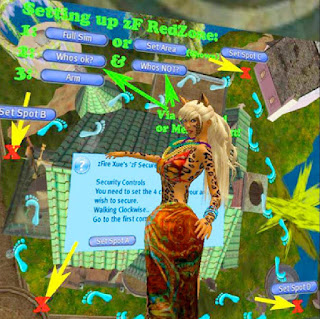 In any event, on Tuesday March 1, 2011, the Lab removed Redzone from the Marketplace store and "asked for removal by no later than today of all zF Red Zone functionality that discloses any alternate account names." On the JIRA made against Redzone, Soft Linden posted, " I got the go-ahead to give an update on zF Red Zone specifically. Again, thank you for the ARs with specific info about violations. These have been very helpful for letting Lindens know what's going on." Tateru Nino would state on "Dwell on It" that the Lab gave ZFire certain conditions before he could sell Redzone once more. Hamlet Au would state on New World Notes that Soft Linden informed him that the Community Standards page was updated "to more explicitly state that alts are protected from disclosure."

ZFire was not cooperative, replacing inworld vendors that were taken down by Linden Lab. He would respond on the JIRA, saying, "Soft Linden did not say ‘zRZ contains malicious intent.’ It does prove that LL is easily manipulated by a flood of ARs." He would post on a forum elsewhere claiming if he was ever banned, he would start running Redzone outside Second Life and accept Paypal payments. He would also comment the ban was futile as even if he left, someone else would come up with an alt detector.

Finally on Wednesday March 16, 2011, Linden Lab would ban zFire Xue from the Grid. But this would be only the start of his troubles. One claim by a Greenzone member that he was a convicted criminal in real life turned out to be true, by the name of Mike Prime. And not letting his parole officer inspect his computer or informing the officer of the money he made on Second Life were violations of his parole. A warrant was issued for Prime's arrest, and he turned himself in on May 2, initially denying all charges against him to the judge. But he would eventually plead guilty to four counts of parole violations, and be sentenced to four months in prison. For two years after his release, the judge ordered him not to work anywhere near computers. And while he could own a computer, his activity would be closely monitored, and he could not take part in "any online auction site ... or any online virtual environment or online social network," Second Life being specifically mentioned. So while it may have been indirect, zFire Xue/Mike Prime was one of the few people to go to jail because of his activities on Second Life. While he was fined $500, it was "waived due to financial capacity." There was no sign of the money he made off Redzone buyers.

One blogger expressed concerns that Redzone could be only the start of a serious privacy scandal for Linden Lab. But that would turn out not to be the case. Although the Voodoo security system was sold as a bot-detector a year later, it would get into controversy mainly because it's owner got into a feud with Greenzone, calling it a griefing group and began threatening to add it's members to his security list. Although a recent NFT contest sponsored in part by Linden Lab raised eyebrows as they'd have to reveal real-life informantion, to this day Linden Lab takes pride in safeguarding the privacy of it's users.