Tales From Outside SL: Plagued Doctor at the Furry Con 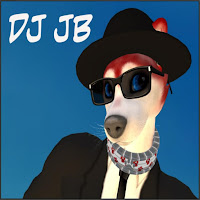 Over the years, a few furs in Second Life have complained about harassment from human clubs. But it seems one has encountered it at a furry convention in real life.

JB Raccoon told me about one of his Second Life friends who went to "Furry Migration" in Minneapolis. His costume wasn't a fursuit that most associate with these cons. Rather, it was something from medical history, a plague doctor outfit. For those who don't know, this was the outfit often worn by doctors during the Black Death and other epidemics in late Medieval times. The outfit was all black with a hat or hood, and a mask with a birdlike "beak." In times of old, it would often be stuffed with smelling slats or other substances with strong aromas due to the belief plague was caused by bad odors. But at a modern con, it just makes someone look like a character out of Mad Magazine's "Spy vs Spy."

The man had a few props with him, his cane, a lantern, and claws. "All of yesterday day and today, I walked around with these props and other staff members did not say a thing about them," he explained to JB, "I wore my claw in the left hand, leather one on my right, cane and in left, lantern in right for the later hours. Most of the morning if wore one claw and glove with just my doctors bag. Any other detail, I can get is people commenting how good it was, suiters waving at me. I think some staff liking it, or volunteers." But on the evening in question, " I was walking out of the 4th floor and back to my room when this staff member asked me about my props,and now that I think of it was was something about putting a sticker on them, but I said I’m leaving them in the room for tomorrow."

"So he was there from the opening to current and had no issue 'till then," JB told me, "He had all those props on him since yesterday when he first arrived, and none of the staff approached him. Now, all of a sudden it becomes an issue and he needs some sticker or Lord knows what, that no one seems to know anythng about. I asked some other sources I have about this 'sticker' and was asked what I was smoking. ... Sounds to me like someone just didn't like his outfit. That has been rumored to be a problem there at FM that I have heard from several other attendees over the last couple years. ... I just do not understand why they didn't say something when he went through registration, the staff didn't seem bothered then by it. ...He's not the only one that does cosplay there, they have tons of anime outfits as well."

JB then showed me a youtube of the Furry Migration Parade (https://youtu.be/tyiRnKVT0dg). He also showed me a few still pictures, "About midway through," he told me, "there's a suiter twirling a staff, but with the restricted vision, that's dangerous yet allowed. I see a lantern being used in the parade. Someone else as a plague doctor with a spear type staff in the parade." He also showed me one picture of someone in a hockey jersey with a hocky stick, "You and I both can tell that's no prop, that's the real deal there and can be used as a weapon. This pisses me off."

JB demanded an explanation for why his friend was singled out, but never did get a response, "I'm blasting them on Twitter and all I'm getting from them is silence." So since some furs are in Second Life, he asked the Newser to have his side of the matter explained. He did ask that his friend's virtual identity be kept quiet, at least for now, "He wants to just be named as 'The Attendee.'"

Later on, JB would tell me, "He had someone speak to staff today, before the closing ceremony. They told them without a name of the individual that did approach, nothing could really be done. However, they did offer the 'zip-tie' that was referenced as what is used to indicate accepted props. I am guessing they had some colored cable tie to indicate to other staff it was approved." So it seems the issue was resolved finally, though not without confusion and a damper in what should have been a fun trip.