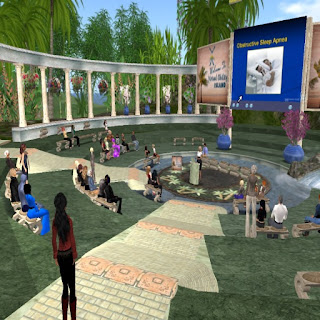 In 2006, the United Nations held a Convention on the Rights of Persons with Disabilities. The text of the Convention was adopted by the UN General Assembly, and now has over 100 signatory states, including the US and the European Union.

Gill is Executive Director of Access 2 independence, a Center for Independent Living in Iowa, US; he will talk about the independence movement. Walsh is head of his own consulting firm in the UK; he will compare the US ADA legislation with the UK’s DDA. Abeyante is a Salvatorian Sister; she will discuss advocacy for disability (civil and human) rights. Kilkenny is a college instructor; she will present about the significance of the UN Convention.

Presentations by the National Service Inclusion Project and the Job Accommodation Network will highlight disability services available in the US. Other sessions will feature peer support, comedy, and dance, both as part of the affirmation celebration.

Presentations will take place in Sojourner Auditorium on Virtual Ability Island within Second Life®: Virtual Ability (54/170/23) . The full schedule of confirmed presenters is posted inworld, and at http://virtualability.org/IDRAC2011.aspx.

Alice Krueger, president of Virtual Ability, Inc., stated: “It is a great pleasure to host so many wonderful speakers. Our audience will gain information about the extent of the issues facing people with disabilities, and the potentials for solutions to barriers.”

Virtual Ability, Inc. is a 501(c)(3) non-profit corporation based in Denver, Colorado, dedicated to enabling people with a wide range of disabilities by providing a supporting environment for them to enter and thrive in on-line virtual worlds like Second Life®.

For more information on Virtual Ability, Inc., including the benefits of virtual reality for people with disabilities, please see www.VirtualAbility.org.

Press Release sent by Gentle Heron
Posted by Bixyl Shuftan at 6:00 AM