2020 has been both a tragic, and crazy, year. On one hand, the Coronavirus has caused a great deal of tragedy. On the other, it's caused people to behave in strange ways. Local grocery stores in the United States and some other developed countries have often been short on particular foods and supplies. But for some peculiar reason, the item many seem to want to hoard more than anything else isn't canned food or bottled water. It's toilet paper. A number of us, presumably a small minority, bought up all they could early on in the Pandemic. And to this day, bathroom tissue can still be hard to come by. 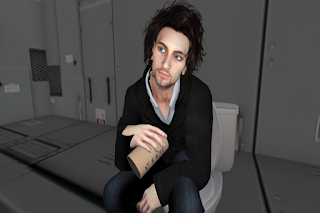 Nance Clowes, a noted Second Life game maker, recently informed the Newser about "a free downloadable board game" poking fun at the absurdity of the situation made by an avatar maker in Second Life. So I tracked down the person better known for dinosaurs than tush tissue, Wanders Nowhere.

"It has, absolutely nothing to do with Second Life, or what I do (here), which is the Dawn Kingdoms dinosaur sims," Wanders told me, "And it's mostly my partner's work. But it is fun and topical. It's a printable, downloadable boardgame which is a satire of the Toilet Paper panic. We call it 'The Last Roll.' and you can find it at www.lastrollgame.com . It comes in (so far) two forms, the family-friendly boardgame version, Supermarket Dash, and the upcoming tabletop RPG version, TPocalypse."

When asked just when did he and his partner get the idea, he answered, "We were at a friend's house in the early days of the Covid crisis, before lockdown became a thing. We live in Australia, so things have all progressed a bit differently here, and at the time we'd convened for a solstice celebration party. We were discussing upcoming D and D games, and I got up to go to the bathroom. Someone made a joke about the toilet paper panic. And by the time I got back, everyone was laughing at the idea of turning that into an RPG set in a post-apocalypse, where TP is the only remaining currency.

"As the country locked down, the idea eventually shifted into doing two games, one that would be a family-friendly boardgame aimed to help families locked down together to have a laugh at the crisis. And another that would be the post-apocalyptic RPG, with a kind of over the top Mad Max meets Nightvale in a supermarket vibe. That's the upcoming 'TPocalypse' variant, which we're putting the finishing touches on now.

"We're offering both games on a pay-what-you-want basis. We understand that the crisis has hit people very hard economically and want to be able to share this even with people who can't afford to buy frivolous things like games right now. It's designed to be printable at home, but even if you don't have a printer, there's instructions for making your own board and markers. If we can give people even a bit of levity at this juncture, we'll consider it a success."

Wanders told me the game hadn't been around long enough yet for much of a response on social media, but, "We have playtested all our games and had a strong positive response. Dash in particular has become a favorite with some of the local families in our area." 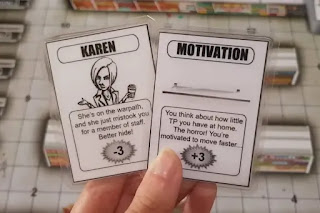 He went on to explain the difference between the two games, "Supermarket Dash is a friendly silly tongue-in-cheek kind of game, TPocalypse goes all out on the surreal humour. Fungus zombies in the veggie section, a vacant-eyed cult of former staff members serving a Lovecraftian unseen Manager locked in an aisle-by-aisle turf war with a koven of murderous Karens gunning for the Manager's blood. And that's just the tip of the iceberg lettuce, shambling mounds made of shopping bags that can devour your character whole, you name it."

There's also a third game in the works: The Last Roll: Biggest Hoarder. In the words of the website, "Form alliances and break them, help out and hinder, tempt and trip up. You all arrive at the store together, but when it comes to the finish line, it’s every shopper for themselves. Pack out your cart with panic-buying, elbow whoever you can out of the way, and come out on top. But it’s all for nothing if you don’t have that precious roll of TP! An irreverent parody board game for 2-6 players aged 12+ (parental guidance). May the most underhanded shopper win!"

As for what Wanders makes in Second Life, he's one of the people at Dawn Kingdoms, making dinosaur avatars. When I asked him which was his favorite, he answered, "Whatever dinosaur I'm currently working on, that's my favorite at the time. I fall in love with each creation as it is born. It's the John Hammond in me, I swear." Prehistorica had grown since the Newser last wrote about it, "It's three sims now. There's a rocky plains, deep jungle, canyon, active volcano, all the classic dino tropes. There's also three underwater areas, a reef, kelp forest and abyss caves. And a floating dragon island with a minigame where you battle earth elementals." He did say there was one thing in the works, "That's my big hush master project (grin), so that will need more time." He then laughed, "Hell the only limit on my ambition is now 'how many prims do I have left to spawn animesh creatures with?' " 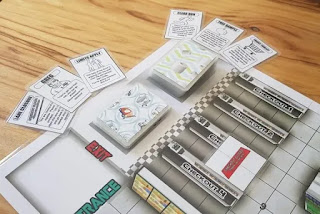 When asked if he had anything else to say about the game, Wanders answered, "I guess I could say that in times like these where everything is unexpected and everything feels like it could go badly at any minute, it's more important than ever to hold on to a sense of humour and be able to use that to get through things instead of only blocking out the bad stuff, particularly for kids. We hope our game can highlight that and give parents a way to introduce the idea of these sorts of changes, shortages and restrictions in a way that doesn't seem scary or overwhelming as it can be, even for adults. And with the TP panic easing off in many places that can be a relatively harmless aspect of this serious and terrible crisis, something safe to have a laugh at. Because let's face it, the fact that, when the chips are down and we're facing a global crisis, the first thing people do is panic buy toilet paper is really, really silly."

Read more about the games, and get them if you wish, at https://lastrollgame.com/ . 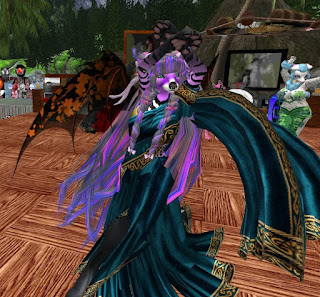 The first thing I have noticed, is much slower rezzing sometimes taking as much as 20 minutes to rezz an area and some items still not rezzing no matter how long you wait or leave or relog that weren't blocked or blacklisted.

The next thing I have noticed is that DJ streams seem to hiccup or skip quite often now, regardless of their internet, PCs, DJing program or location. I notice this because I host quite often so listening to DJ streams is  a large part of that. I hate to imagine what a DJ goes through trying to run a DJ  program and Second Life with all the current SL issues.

Another issue, while I am uncertain it is related, is that I had once experience several months ago where all the scripted objects on land I rent broke, and had to be reset. Some permanently broke, and had to be replaced or were gone forever.  Several other times the same land my avi wouldn't rezz and nothing could be rezzed.

Several items that were scripted seem to have broken in some fashion due to updates and often it was up to the creators to fix them or not as LL apparently did little to nothing to deal with the script issues on certain items caused by these updates.

I have also noticed more bugs, and it taking longer for them to fix them. One especially annoying one that apparently took two weeks to fix was the recent timestamp issue on group notices where they looked like they were all sent the exact min, second, hour, day etc you looked back at the notices.  There were also issues with flickr and other things that came up and didn't seem to be resolved in a particularly timely manner.

Increased scheduled and unscheduled maintenance has also been happening, which makes it difficult to do much in Second Life, much of it during prime time hours for the US and/or Europe. Also, it seems the servers either have a very small limit or aren't good at keeping track of blacklisted items.

While they have introduced some really cool new projects in the last few years, I hope they will reconsider this cloud move as it seems to be not only hindering the application of the cool new additions to a degree but also making more traditional applications/objects difficult as well to a point Second Life is sometimes barely playable and possibly not playable at all for some.   I have been in SL almost daily for nearly eight years. So while I am not one of the first or close to it, I am not even remotely close to new, recent, or a casual user.

I think Second Life has the population they have kept going mainly because they have had no real competition. If these issues persist or worsen I wonder how many will remain here post Covid-19.

Kitacelia
Posted by Bixyl Shuftan at 6:00 AM 2 comments: