People in Second Life are often quiet when it comes to what happens on the other side ot their computer. In my case, some things I've been fairly open about. In recent months, there's one large detail I've revealed more and more about. One concerning my Mother. 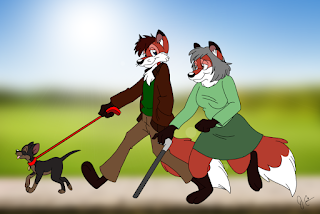 Mother and I have supported one another in each of our online projects. With her, it was her various online businesses. With me, it was writing various stories, then writing about news on Second Life while doing a novel on the side. She continued to work online into her 80s until about a year ago when she took what she thought would be a brief break.

In August of last year, she fell ill and was taken to the hospital. It was there it was discovered she had a tumor. The cancer was successfully removed. But it was major surgery and the whole experience took a lot of strength out of her. Since then, she's been slowly recovering, slowly. Over a month later, she came home after time at the hospital and rehabilitation center.

The rest of our family is out of state. So it's up to me to watch over her. Thankfully I'm still able to get on Second Life just about every day. And we do have some help from Home Health Care. But some days can be very demanding. I've been trying to balance things between her recovery and her comfort, leaning to the latter when in doubt.

And then of course, there's my energy level. I'm no longer the fairly young guy in my 30s that I was when I first came here. And the lost hours of rest catch up to me easily.

So what does this mean for me and Second Life? It means that my time here is more subject to interruptions than ever. And while I'm still able to write about Second Life, sometimes things will get put aside for a while as I take care of details at home, then try to relax a little so I can keep going, or catch up on lost sleep. But it's certainly given me more reason to write about the Relay.

And as it was cancer, there's always the possibility of it coming back, which scares me.

But while her recovery has been slow, I am confident she will eventually be back on her feet and walking. And around for many more years to come. 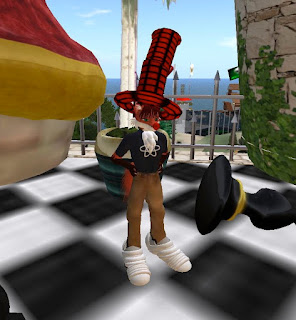 May your April Fools Day be filled with joy, merriment, and general foolery.

Posted by Bixyl Shuftan at 12:01 AM No comments: