By Wesley Regenbogen
K-SOCCER is a football field (or soccer field to Americans) created on the 25th of March 2015 by Jayra79 Resident. What’s special about this football project ? Well, they teach newbies how to play and follow them closely. Like in real life football, actually, I presume. 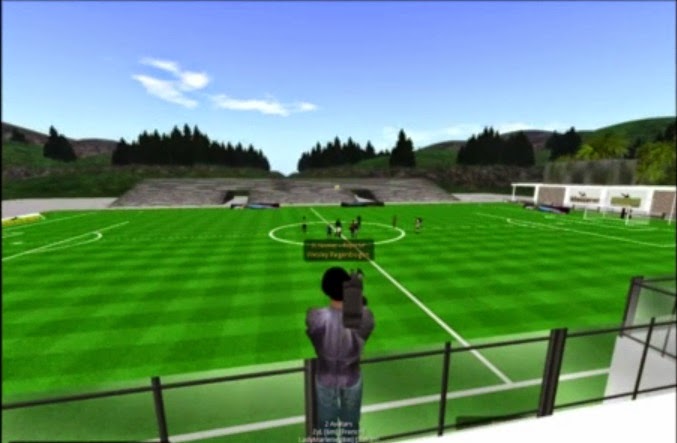 Next to the football field there are stairs that take you up in the relax area, where you can sit down and relax. Or when you played a match, you can rest there for a while.
The football field is unique in Second Life. I haven’t tried out playing football in Second Life, but I might give it a try myself. On how to play, I received a notecard from the owner with some instructions. Near the field there are four totems one clicks to get a "K-Soccer" kit, a goalkeeper HUD, a player HUD, as well as a link to the group one can join. Players need to select "Always Run" on their viewer, which they can be clicking CTLR + R - if you want to walk again click CTLR + R again. To play, it's best that one does so in mouselook.To get a ball, "to the field if you need a ball click on the center circle with the left mouse button." 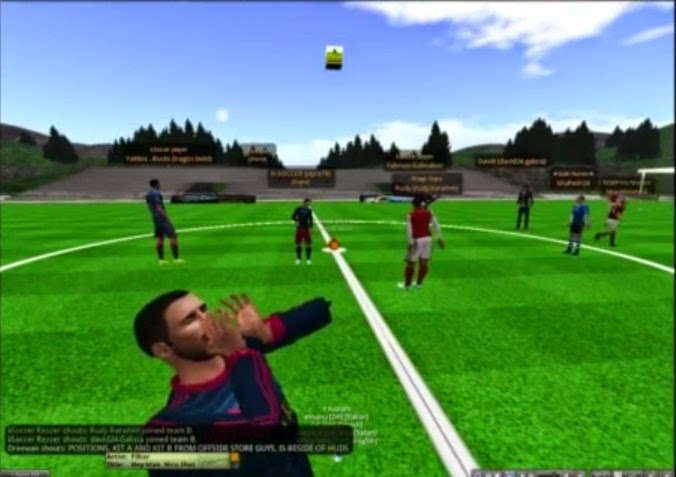 "Before the game you must click on the center of the midfield - you see on the screen a window with team or team b - DEVEI you choose one of the two teams and you can play. To join a game in progress you need to click on the center of the midfield - you see a window with the join - click and choose freely join one of the teams. Of course the most common colors are blue and red kits whiteOur do u kit benfica for red - Real Madrid for the white - blue for schalke04." For any questions, one is invited to message Dreewan Resident. Readers can find more information about the place in the landmark.


They are working on creating their own website and they advertise themselves on SL radio. So, they will have a website in the near future. But for now, they have a Facebook group and can be found through Twitch.tv (http://www.twitch.tv/ ) , as some players broadcast their matches on the internet. 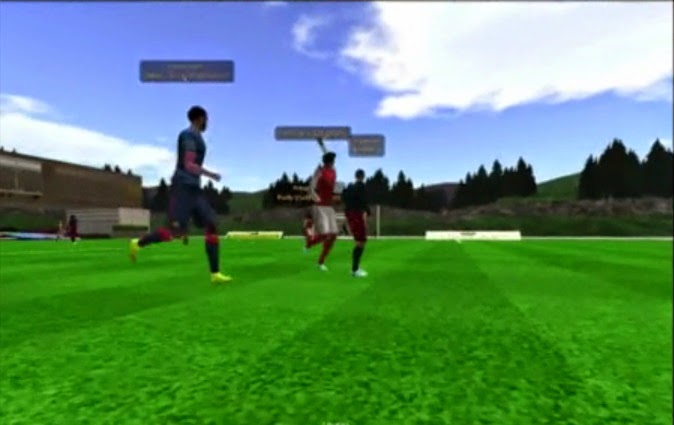 On the 15th of June 2015 they will hold their World Cup and teams can sign up for it soon.
Personally, I think this place and the project is a mention worth, although I’m not a football fan myself. So I’m not going to become a professional K-SOCCER player. But it’s cool to be able to play sports in Second Life.

So, if you're into football in Second Life, why not join them and join the competition? Be sure to check out this place. Have fun and enjoy the game !

The training soccer field can be found at this place :
http://maps.secondlife.com/secondlife/Shared%20Fantasy/161/110/2501

Posted by Bixyl Shuftan at 7:00 AM No comments:

Commentary: The Boys From Brazil - The Megiddo 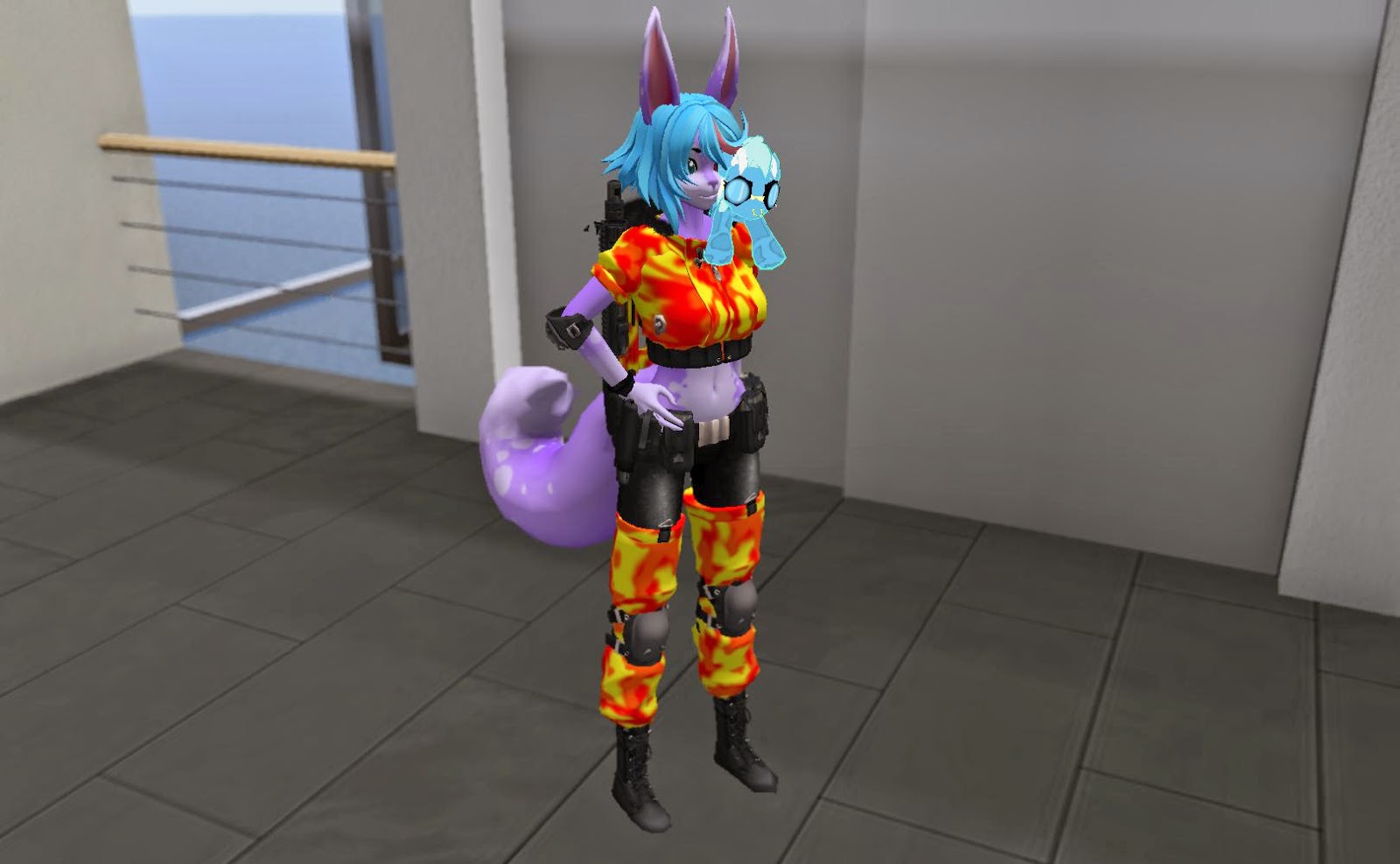 Brazilians, when most combat personnel hear or see the word, they think of cheaters and poor fighters. However this is not true with a group called Megiddo. This group is full of Brazilian fighters, as well as people from all over the world. The group is usually ranked as one of the worst, skill wise, but after witnessing countless raids, and defenses by this group, I can attest, this group is given a less than accurate rank. In fact, this group can not only hold its own against, but can even push back groups twice as large as it.

The very same groups that give this group a bad reputation, are the ones that this group deals the most damage to. From slamming them hard on the ground, to claiming air superiority over them in the air, this group is one of the best combat groups.

However, due to people giving it a hard time, even some of its members think poorly of their combat skills. Which is only because the group is mainly a Brazilian group. However, even if they're Brazilian, doesn't make them any less of a well oiled fighting machine.

The group works with tactics, and the members defend each other, while bettering themselves. This only proves how this group is one of the best, and bot just because they work well with each other, but also because they follow the most important rule of combat. Always keep your guard up. 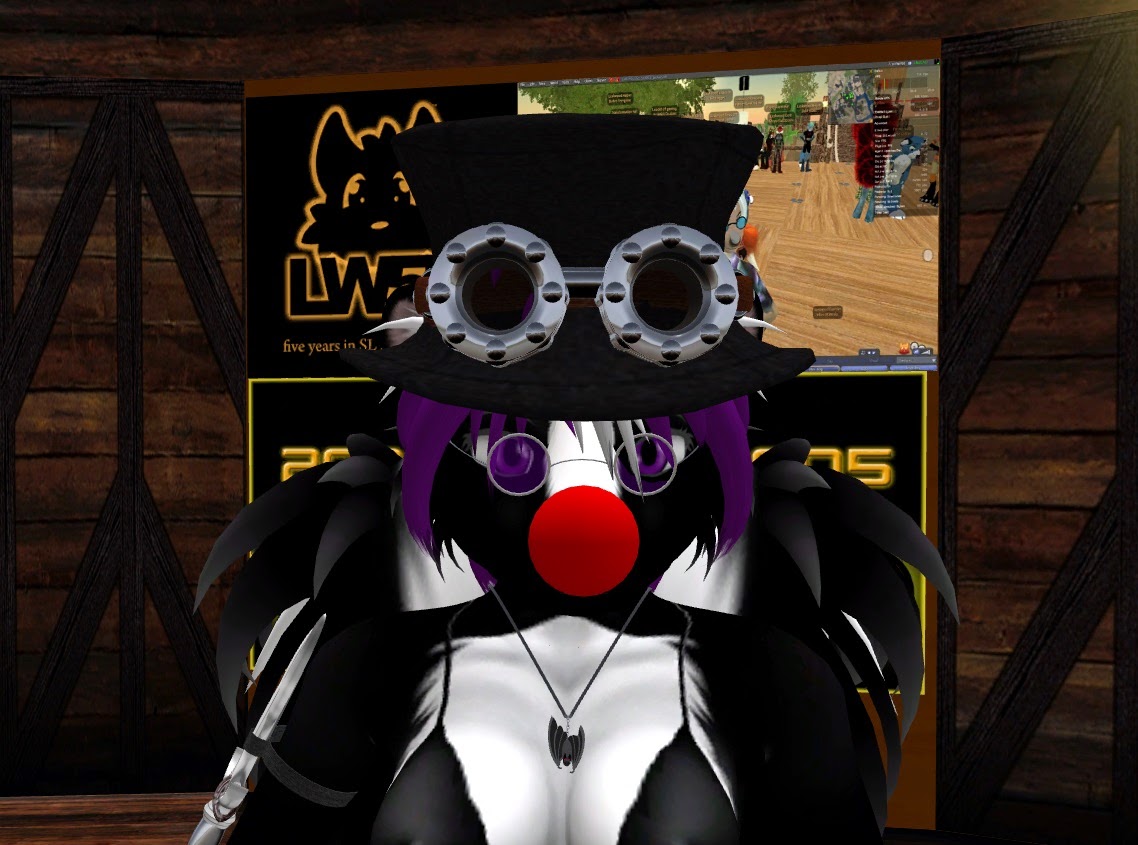 And yes, Michi was in on the joke. Those who know her best probably caught it at the word "hired." Luskwood's most noted skunkgirl already works at ABC World News Tonight, but as an engineer behind the scenes, not an anchorwoman. Oh well, maybe someday.


May your April Fool's be full of merriment, joy, and of course general foolery. ;-) 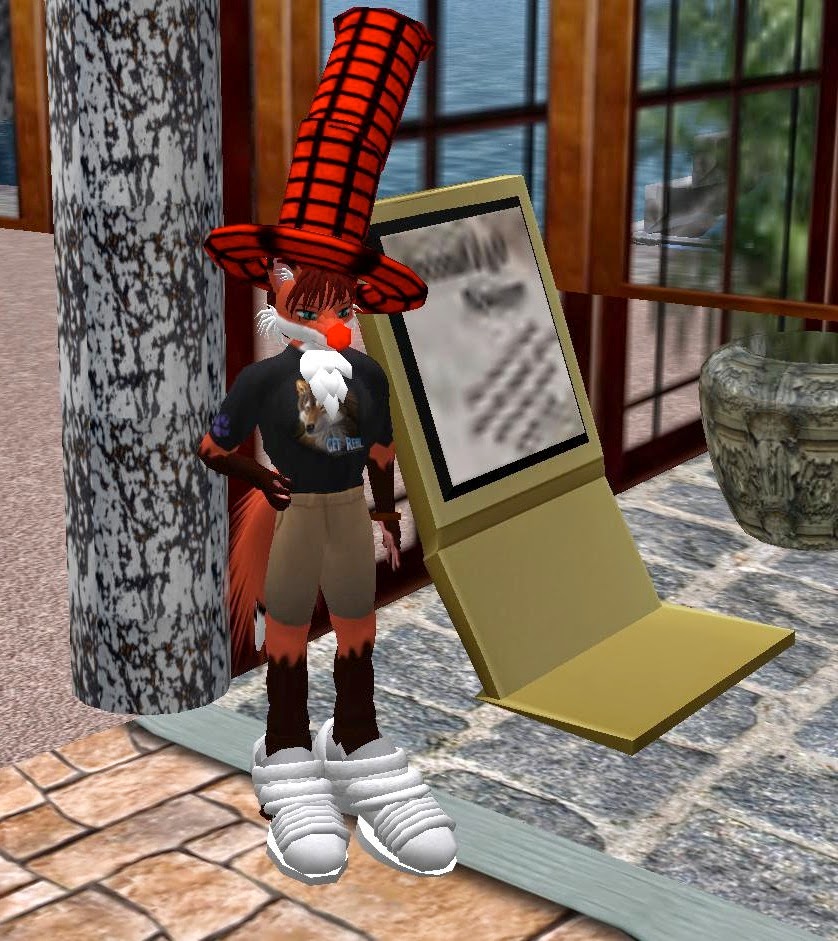