I know Bixyl Shuftan put out a couple lists of his picks of webcomics (list one) (list two) and shared his opinion on which he felt were the best (I love most of those too). But I asked my community at large, the Sunweavers and Angels, what was their pick of the top ten.  The reason I only made a top five list is there were a lot of ties and one-offs. Some that I thought would be at the very top, weren’t. But that just goes to show everyone is different.

At number five, with a four-way tie, is:

Tied for the number four spot is:

There are only two tied for the number three spot and those are:

You would think that the last two spots would be heavily tied. But no, they soared past the rest and everyone agreed, the number two spot for this list is:

Now, the  number one comic from everyone that I asked is… 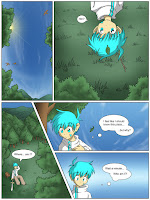 I read every one of these faithfully, and to be honest what surprised me the most is only ONE of these comics has no furry connection at all and that is “Girl Genius.” Of course that doesn’t mean every character is human, but it still has a great story line.

Some people. If they like a book, they will re-read it. These comics listed here I have to admit I have gone back to the beginning and read them over, I enjoy them that much. There were many other comics brought up, that could not be added to the list because of the site they are found on (poor Bix would have had a heart attack). But, if you really enjoy webcomics, they are out there, don’t be afraid to visit sites you normally wouldn’t go to. And no they aren’t “Dirty comics” but have great stories and great artwork. So if you have never really read an online comic. Please take a look at these, we think you will enjoy them.

Until next time, “The library is now open.”