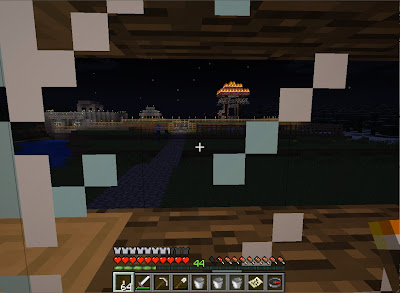 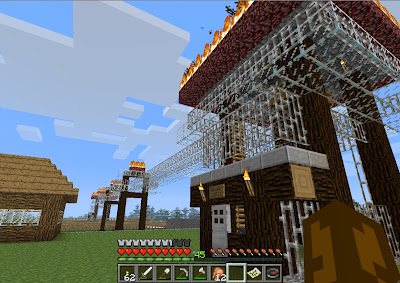 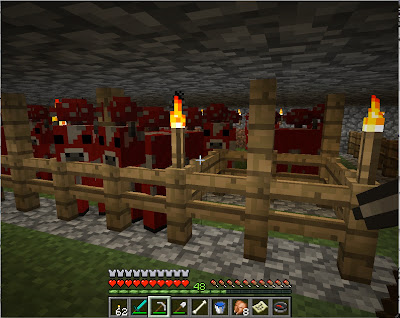 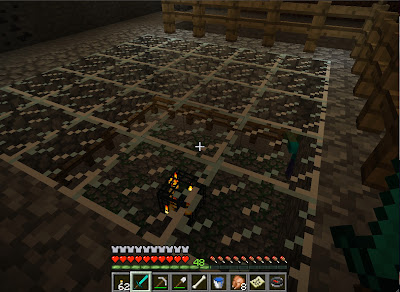 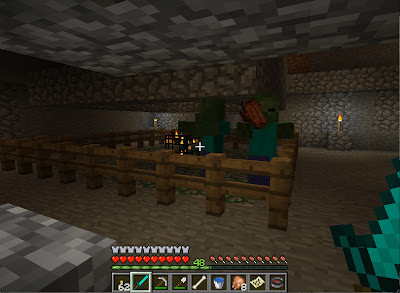 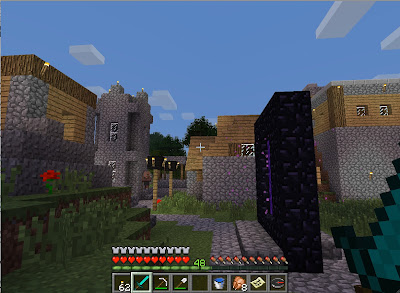 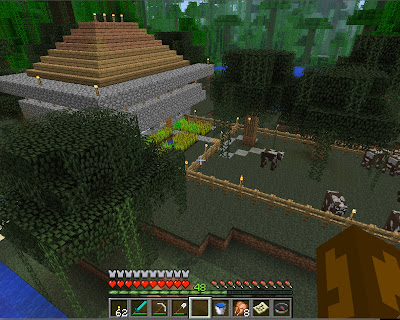 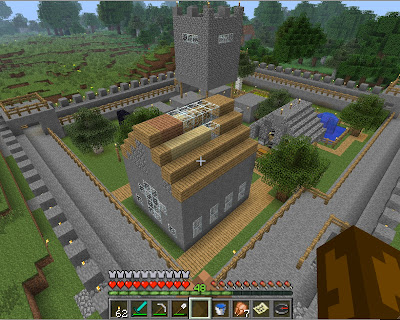 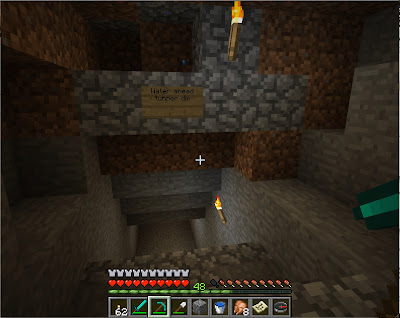 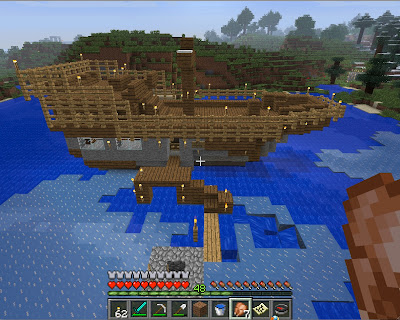 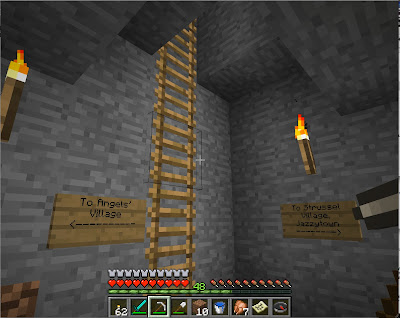 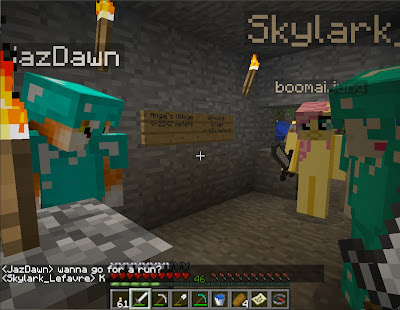 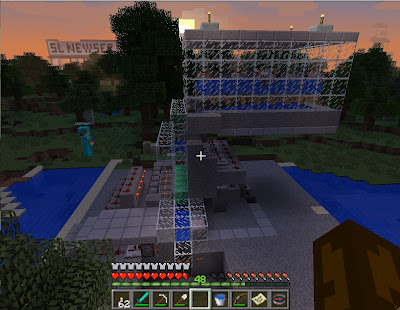 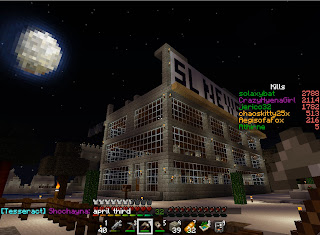 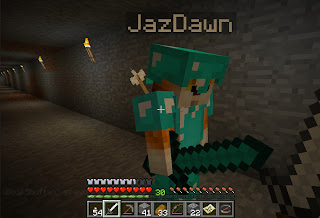 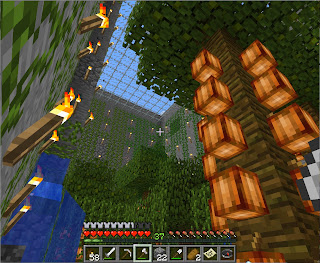 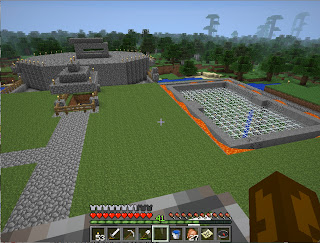 A Tarot Reader in Second Life

One of the things you may of heard in Second Life that there are people who offer tarot readings for various prices. Tarot cards hold mysticism and mystery and maybe even seem exotic to some people. Tarot readings have been used for a few hundred years in Europe to show a probable outcome to a question by a layout of cards. 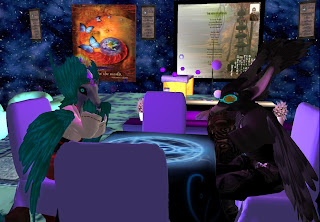 My friend Amehana Reikaz (Amehana Ishtari) has done many Tarot readings for me for a moderate price of 300L per reading. I joked one time that she did so many readings for me that she’s problary rich by now. Today (April 3rd) I asked her what my next move should be concerning my children’s book. Lucky timing on my part that when I imed her she said sure.

So I met her in her hang out and asked what I should do now to market myself as an author? Amehana’s first card was the 10 of swords in the spirit position saying that would have to make a sacrifice to further my writing. When I typed my ideas out loud it made sense that I would have my character Ginny Griffin do something that I would not do. That’s a huge sacrifice.

The next card was the empress which Amehana explained as thus, "We have the Empress inverted for the Air position actually. The pregnant empress' robes flow away like the river she's beside, while talking to a white lunar/death dragon. This card for me is often about strength and learning to work within cycles." Maybe it showed I needed strength to move forward and same with my children’s book character that was facing a difficult and unpopular decision. 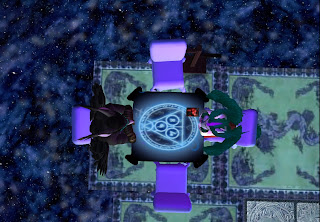 The next card was the Knight of cups came up inverted or also upside down. I wasn’t sure what that meant, but Amehana explained that to me as two sides of a coin or yin and yang. Meaning that my main character Ginny and a newer character are two opposites.

When I was talking back and forth with Amehana, she was being helpful as I was talking out my ideas for my next book. Amehana is a writer herself so it made perfect sense that I picked her as a tarot reader. When I talked about my book with her and what ideas I had she drew the next card, "The water position has The Sun upright. Although this is traditionally the area of emotions and the psychological state, we have the solar dragon burning brightly. Very active once the fire starts it will take off quickly." 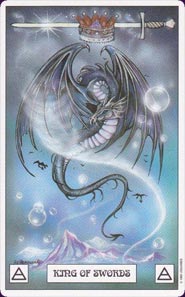 I picked up on that right away meaning the story itself will be easy to write when I get started, but I said for now I’m feeling lazy after writing Dragon Heart’s story. Amehana said that’s understandable. Next question I asked will I run into someone to take my book to the next level. Here’s what she had to say, "The Eight of wands shows a flight of dragons all carrying wands. When you find the right people, they will help. Word of mouth will be important. So make certain to provide a gentle reminder that reviews are appreciated in your back matter."
Sounds positive and we both agreed that when I write the sequel which shown by the sun shouldn’t take too long I have a stronger stance as a writer and author. I thanked Amehana for her help and she encouraged me and said you’re welcome as we talked for a little bit afterwards.

Tarot readings even after a few hundred years seem like an interesting way to see what’s going on around you. With a little critical thinking it shows what you should be doing towards whatever goal or what will happen soon. Keep in mind though it’s best to get Tarot card readings from your friends or someone who seems legitimate. 300L is generally the average price for a Tarot card reading (in my experience). If someone asks for a ridiculous amount of Linden it might be a scam. A tarot reading from a friend however may be very insightful though.

Grease Coakes
Posted by Bixyl Shuftan at 6:00 AM 4 comments: 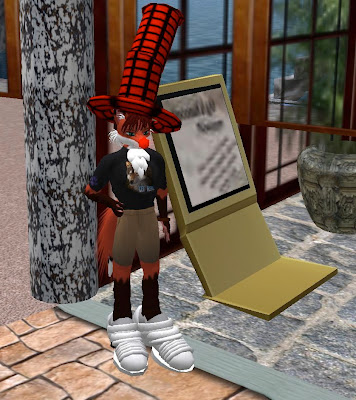 May it be full of merriment, joy, and of course general foolery.