News and Commentary: On The Spotlight

Yours truly has been writing about Second Life and Linden Lab for fourteen years. Needless to say, it's a surprise when the Lab writes about you.

The "Second Life Spotlight" has been a relatively new feature in the official Second Life blog, around since November when they wrote about noted artist Bryn Oh. I figured I didn't have much to lose by applying for it myself in the Newser's behalf. So it was a pleasant surprise when I was contacted by one of the Lindens and interviewed.

The interview appeared yesterday, Wednesday January 5, on the Linden blog. There was also a link to it on Facebook. Word of it quickly spread around, and I got quite a few complements that day. 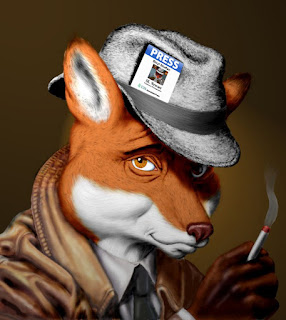 The article was a complimentary one, and I was able to mention some of the people who helped and inspired me all the way. There wasn't enough room to mention all of them, so I'll have to find a way later on. I did notice the first picture that appeared after the lead was Alleara Snoodle's drawing of my avatar done as a present soon after the Newser's start. As Allie and I were good friends up to her passing away last month, it was nice that she gets some more recognition.

I also noticed that the picture of my avatar at the top, it appeared to be glancing at the "Spotlight" label. Nice touch that she made.

I wasn't sure if the Lindens would consider me for their Spotlight feature. I don't always describe the Lab in a positive light, and there have been some times in the past I've openly stated they were acting greedy, incompetent, or both, such as the content creator Terms of Service controversy and the SS Galaxy closing. When I carefully brought up my past complaints following the end of the interview the Linden made, she just smiled, "We're willing to accept constructive criticism."

Perhaps I'm getting a little soft in my old age, but it's my observation in the past few years the Lab hasn't made the kind of blunders they did earlier in the Newser's history. Plus we've also given some compliments over time, such as the late Ebbe Altberg while not perfect being a good CEO for Linden Lab. And of course, in the end we all want a healthy Second Life.

This doesn't mean I'm going to stop holding the Lab's feet to the fire if I think it's called for. If I see a problem, I'm going to respond (and so will the rest of the staff).

In any event, thanks to Linden Lab in granting this little publicity, which in the end as Second Life is what I write about, helps us all out.

Posted by Bixyl Shuftan at 11:35 AM No comments: