Facebook Accused of Suspending Accounts of Native Americans, Asking They Use "Real Names"

Facebook has often been the subject of grumbles from Second Life users for it's "Real Names Only" policy. But recently they've been the targets of a group of people whom claim even their real names get no respect from the largest of all social networks: American Indians. 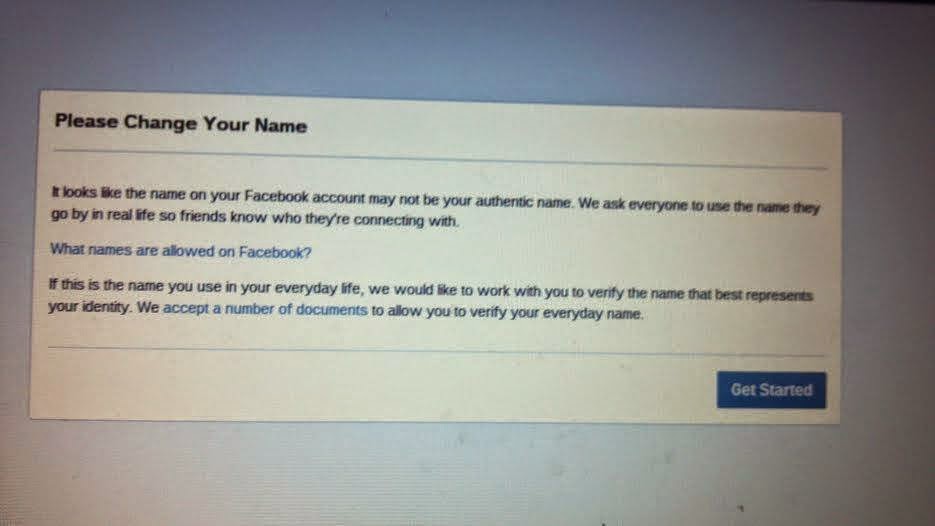 On the "Last Real Indians" website, Dana Lone Hill describes how she was suspended from using Facebook, getting the message, "Please Change Your Name." Even though she was using the name she was going by in real life, Facebook still didn't think this name was her real one. They did suggest if she provided proof, they would reactivate her account. So far, "To date I have sent 3 forms of ID, one with a picture, my library card, and a piece of mail in file form. I received a generated message to be patient while they investigate to see if I am a real person."

Hill wrote she wasn't the only Native American to get such treatment, describing how another had to change his name to an Anglicized one, some had to "smash the two word last names together or omit one of the two words in the last name," and one was able to use his real life name only after contacting the Better Business Bureau and threatening Facebook with a lawsuit.

Nadia Kayyali wrote on The Electronic Frontier Foundation that the issue was more than just a matter of inconvienence to Native Americans, quoting Creepingbear, "There’s been a long history of Native erasure and while Facebook might not be enacting it with that intention, it’s still a part of that long history of people erasing native names."

Hill pointed out there was a petition on change.org for Facebook to demand that they allowNative Americans to use traditional names. So far, over sixteen thousand people have signed it, with about eight thousand five hundred needed at the time of this article's publishing.

Native Americans aren't the only ones complaining about being disconnected. Russel Brandom wrote on "The Verge" that human rights activists in countries such as Vietnam have also been targeted.

As it turns out, New World Notes is reporting that Facebook may be altering it's policy somewhat, allowing users to use pseudonyms, but with a catch. In response to complaints from drag queen performers, Facebook is making some allowances for alternate names but in the words of one such performer, "Your user name should reflect the name you are known by as and use in your everyday life, on- and offline."

So perhaps Native Americans may soon be getting a break when it comes to their ethnic names. For run-of-the-mill Second Life users however, although there are suggestions that moves such as including a real-life photo can sometimes get Facebook moderators to look the other way, the threat of their accounts being blocked remains.

Some sad news for gaming fans. Joystiq.com, the website that's the home of several caomputer gaming and computer websites, such as "Massively" and "WoW Insider," will be closing. Their final day of operations will be February 3, 2015. Joystiq was founded in 2004 as part of Weblogs, which was bought by AOL in 2005. It was AOL's primary gaming website, discussing MMOs and once in a while Second Life. It has been nominated for several awards for blogs of it's category and has been included in listings such as Forbes.com "Best of the Web."

Recode.net gave the reason as "part of an extensive house-cleaning of it's underperforming content properties." Editor in Chief Brianna Royce commented, "I would like to tell you truthfully that this is an equitable and just decision that makes some sort of logical sense, but the reality is that our overlords' decisions have always been unfathomable. ... a year ago ... a VP whose name I don't even know and who never read our site chose to reward our staggering hard-won 40% year-over-year page view growth by ... hacking our budget in half. There's nothing to do in the face of that kind of logic but throw your hands in the air." Royce had worked as the head editor at Massively for almost five years, "I came here as a geeky copyeditor, and am leaving with a fleet of good friends and a much deeper understanding of how and why my favorite genre runs the way it does, and it will forever influence how I play games and whose games I buy."

The closing comes just after hearing about the tragic news of their former editor Andrew Yoon drowning. He was 29. 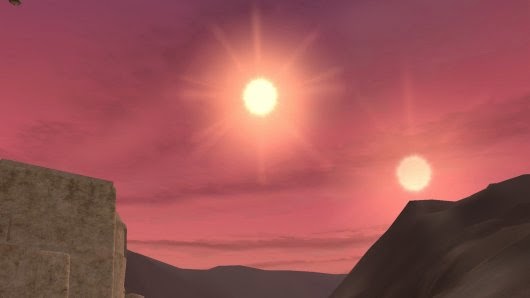 Joystiq once had it's own Second Life newsletter, "Second Life Insider." Eventually, the staff was absorbed into Massively. Ciaran Laval on her blog stated when some gamers complained, they answered, "Maintaining editorial balance surrounding all of the many, varied games we cover is an ongoing proccess, and we've selected a suite of 'core games' based on many factors including subscriber/member numbers, overallbuzz and mindshare in the industry, and input from a secret algorithm I would love to call 'interestingness' if it weren't already taken. We are proud to offer in-depth Second Life coverage as one of those core current titles." Ciaran commented, "generally gaming magazines look down on Second Life. Massively ... most definitely did not look down on Second Life." The output did slow down over the years, especially after Tateru Nino stopped writing for them, but they never stopped entirely.

It's expected that the years of archived stories will remain online, at least for a while.

Ciaran concluded, "With a resurgence in virtual worlds likely ... having sites that will happily include that content in areas where such content may not be initially popular is important. Getting the concept of virtual worlds to a wider audience is very important. ... Joystiq played an important role in this the first time around. It will be a shame if they aren't playing a role when the new wave hits."