This is the second of our series of some of the top stories of the 2010s. For part one, Click Here.

The Pony Community and Bronyville's Fall 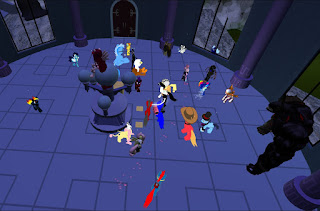 Second Life is noted for it's variety of avatar types. The first ones were human and humanoid. Soon after came other kinds, neko, furry, tiny, and dragon. Since the Newser came to be, two more have come about. There are the petite avatars, which I've seen mostly pixies. And then there are the pony avatars, based off the characters of the "My Little Pony: Friendship is Magic" cartoons. Unlike previous "generations" of the franchise, "Friendship is Magic" gained a following among teenagers and young adults. It wasn't too long after the cartoon started airing when the cartoonish pony avatars started appearing in the virtual world, and in May 2011 came the Bronyville sim. It quickly became a thriving community. While naturally there were a few bored trolls showing up to harass the ponies, they were quickly dealt with.

Then in July came real trouble when Linden Lab took down Bronyville. It turned out that the sim's two owners were ban-evasion alts of people the Lab had banned from Second Life. For many communities, this would be the end. But once the ponies recovered from the shock, a new sim was acquired and named Bronytown. A few months later in February 2012, they had largely recovered.

Several years later, the pony sims are still around. Trotsdale and it's surrounding sims soon replaced Bronytown as the best known pony area. But there are others with their own people. As the cartoon series that inspired the fans to create the community and sims aired it's last season this year, it should be interesting to see what the Second Life ponies do. 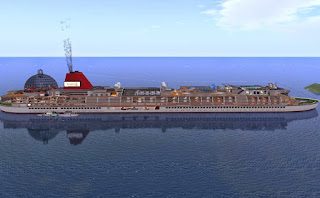 I had the fortune to visit the SS Galaxy in it's early years. This was a cruise ship built in Second Life. And what a ship it was! Three sims long, it was not just the largest ship in the virtual world, but one of the largest structures of any kind inworld. And like a cruise ship, people could rent cabins, and there were numerous parties. It would be one of the first places the Newser would report on.

Then on April 26, 2015 came shocking news to the ship's fans: the SS Galaxy would be shutting down. Why was the ship being scrapped after eight years? An investigation revealed the ship had recently suffered the worst griefing attacks in it's history over a period of several days, and the Linden they talked to told them they would be allowed exactly one rollback to fix the damage and then no more, period. Fans gathered for a few last parties. And on May 3, the place closed down, leaving only screenshots, memories, and a number of residents feeling it's leaving was the result of the Lab acting like it didn't care about longtime customers.

Finally, the Lab realized it had goofed, and on May 13 it was announced that the ship would be coming back, but under Linden ownership.  In September, the ship was once again on the Grid. While residents were happy to see it back, their enthusiasm was dampered by that it was basically a museum piece. Gone were the live events, the renting of cabins, and the crew to greet people.

The closing of the SS Galaxy would be just one of a few incidents that year that got some people wondering about Linden Lab's intentions and competence.

From Passionate Redheads to Sunbeamers

Over the years of covering the Relay for Life,  I've covered the efforts of many teams. Some have continued their efforts year after year, such as Team ACTS and the Gorean team. And some make a good showing for a short time, such as the Relay Wizards and Team Strange Journey, then fade away.

The first Relay team I got to know really well, and the one I eventually joined up, were the Passionate Redheads.  This was a team of both human and furry residents led by co-captains Sabine McGettigan and Daaneth Kivioq. Having been raising money for the Relay since 2007, it was clearing in the big leagues, raising over a million Lindens in 2010. Many of it's team members were from the Sunweaver community, including estate owner Rita Mariner. So it really was the community's team. It had some great campsite builds, such as the "Wild West" one in 2009. And there was the late Artistic Fimicloud who lost her life to cancer, whom became a symbol of the team's determination.

But in April 2011 came some horrible news. Co-captain Daaneth suffered a stroke. Shocked, the Relayers sent him numerous well-wishes and held events in his honor. Various members stepped up to raise a some Lindens of their own, such as Rita, Nydia Tungsten, and myself. And the Relay Weekend went great. What could have ended up a canceled year ended up another successful one for the team, with Daaneth being awarded the Spirit of Relay for 2011 in the "Wrap-Up" event in August.

Sadly, the stroke had lasting effects. Shortly after the 2012 Relay season started, Sabeen left the team and Daaneth both left the team and took an "indefinite break" from Second Life for personal reasons. placing Dusk Griswold and Lomgren Smalls in charge. Despite this trouble in addition to others being sidelined due to real-life troubles, the team made it to gold level, and onto the Relay Weekend. 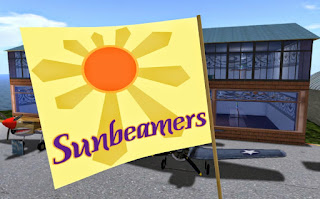 In January 2013 came more sad news, the Passionate Redheads were disbanding. After six years and many accomplishments, the banner of the Readheads would no longer be paraded down the Relay track. The Sunweaver community was saddened, but two people stepped forward to form two teams. Sadly, the leader of one would soon leave Second Life for personal reasons. But Sunweaver leader Rita Mariner would lead the Sunbeamer team. But while the Passionate Redheads had been a proven team, with the Sunbeamers we were basically starting all over, "We are a small team." Still, we persisted with events and our campsite for the Relay Weekend, in which we reached Silver rank fundraising. But by 2014, the team was making Gold once more.

Since then, the Sunbeamers have continued to do well year after year. The "small team" became "the little team that could," and a force in the Relay. But we haven't forgotten our roots. Every year in the campsite, one can find a small pink fox statue in honor of Fimi. 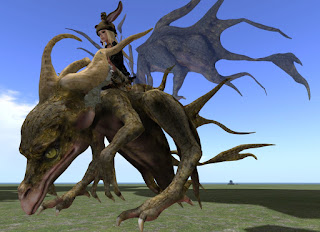 On August 23, 2011, came a new way of building things in Second Life: Mesh.  One complaint Second Life was getting in the late 2000s was that it lacked the detail of many popular online games at the time. So in 2010, Linden Lab announced it was working on a Mesh import project.

Reactions were somewhat varied. Some were anxious to see what they could do with the option, or at least curious. Others were skeptical, or fearful that the Lab would end up blocking viewers that couldn't see it. Another concern was security vs safety vs convenience, that mesh would make it much easier for the unscrupulous to import and sell material others had copyrighted, and that Linden Lab's security precautions would end up blocking some builders or making it too big a hassle for them to continue.

After it was enabled, there were some early adopters. While at least some called it the most important development in Second Life that year, others expressed skepticism, among them myself. I and others felt there were too few mesh-enabled viewers being used in the first several months for mesh to have that great of an impact. There were other problems as well. While touted as a way to make objects that would be more efficient to process, the truth was it took skill to do this as a mesh objects "prim equivalency" could easily surpass the same item made with prims and end up causing more lag. And then there was that for the first time in Second Life, people had to worry about their clothes fitting. Many people dreaded having to shop for clothes in real life as they had the hardest time trying to find clothes that would fit, and now the issue had come to Second Life. 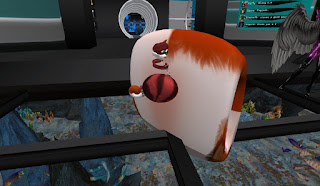 Still, skillfully made mesh objects and avatars looked better with smoother movement, one example being that mesh furry avatars have smoother speaking movements. And with mesh people could accomplish some things they couldn't before, such as the creation of impossibly tall avatars.

The use and adoption of mesh has been a long slow process. Linden Lab for instance would offer mesh starting avatars a few years later in 2014. But unlike earlier starter avatars, they couldn't be modified to be slightly taller or shorter or slightly different facial features, or able to wear another set of clothes. So in 2015, they were replaced with another set of starter mesh avatars, though some people commented they looked less like what one could expect in Second Life and more like "The Sims." These comments would continue with the added Fantasy and Sci-fi inspired starting avatars in 2016.

Over time, mesh would see improvements. In 2014, Fitted Mesh allowed for better fitting clothes, though while a step forward wasn't a perfect solution. In 2018 came Animesh, which offered the promise of much more detailed NPCs/bots inworld. 2019 would see the arrival of 'Bakes on Mesh,' which offered the promise of less complexity for detailed avatars.

Today, while mesh has won over much of Second Life, perhaps the majority, there are still some whom have little or anything to do with it. It's made dressing more complicated, and while Fitted Mesh has helped, there's still the problem of mesh outfits not quite fitting one's avatar. All the updates eventually mean some third-party viewers that seldom get updated soon become less and less useful as more and more glitches appear due to more avatars using material made possible by recent updates. It's also been brought up has Mesh been a good thing for Second Life's content creator community. While anyone can still learn to build and script, the arrival of mesh meant creators had to learn more to make a product the masses would buy, perhaps to the point that someone with the skills to make fine mesh clothes would make more money using similar skills outside the virtual world's community. In the end though, the demand for mesh products has ensured it's become an established part of the virtual world.

As Second Life enters the 2020s, the story of Mesh is still being written.