In recent days, I've gotten a few requests for topics to write on. Some were about Linden Lab's announcement they were bringing back last names, in which they also stated they would be doubling their commission on Marketplace sales. The complaints along these lines was that once again, the Lab was being greedy.

One other topic was not within Second Life, but could and was affecting Second Life music video makers, the COPPA controversy. The Federal Trade Commission (FTC) had hit Youtube with a massive fine for violating the Children's Online Privacy and Protection Act for collecting data on kids watching, whom weren't supposed to be watching to begin with as to avoid trouble Youtube had a policy of not allowing viewers under 13 to watch videos unless under special accounts. Youtube's response was to tell video makers to mark their videos if they were aimed at kids or if they weren't for kids. But a video's rating could be changed if either Youtube or the FTC determined if a video marked not aimed for kids was appealing to them, and the maker would be subject to a fine of up to $42,000, per video. 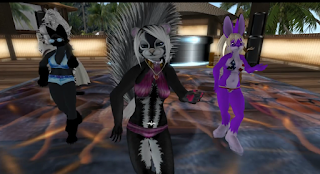 The reaction of the music video maker I know best, Nydia Tungsten, was to take down most of the videos from her Youtube channel. While people could still message her for the videos, years of work by her and her friends, done not for money but to entertain, was gone from public access. Very little of her Youtube channel remains, most of it being a number of videos about a discussion on the Inworldz virtual world several years ago.

As it turns out, Nydia was not alone. Shawn Keller, whom used lioness and fox animated characters to discuss topics on the scientific and supernatural, announced he would likely stop making videos. Vivienne Medrano, best known for her "Die Young" animated music video whom more recently has gone into "Hazbin Hotel," an animated cartoon that is definitely not for kids, expressed anger about Youtube's move on her Twitter. I've come across a number of other videos and comments expressing disain over Youtube's move. I've also come across a few videos and a number of comments saying there's nothing to worry about. But it's my impression those who are afraid greatly outnumber those who are not. 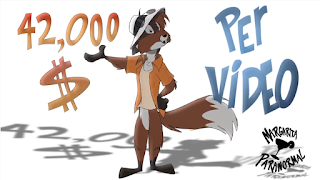 So why the fuss? In short, the rules video makers now have to work under are more than a little vague when it comes to COPPA. A reader directed me to one FTC page, "Is Your Content Directed at Children?" One section was "How Channel Owners Can Determine if Their Content Is Directed At Children." Among the factors listed was "the use of animated characters." While later on the page would state "the FTC recognizes there can be animated programming that appeals to everyone," this could easily be interpreted as that Youtube and the Feds were reserving the right to go after any video with animated characters, including computer-generated ones. That certainly explains a lot of the fear as the new rules could be seen as anyone posting an anime or furry animated video on Youtube could be on the chopping block.

Youtube and the FTC seem to be saying "trust us," but many video makers feel they have too little reason to do so, especially with the potential for such heavy fines.

Hopefully there will be some changes with both Youtube and the FTC on the issue that can get clear up the vagueness so video makers will feel at ease. But a recent video I came across by ReciewTechUSA isn't giving me much hope, at least on the part of Youtube. It seems Youtube also recently made changes in it's anti-harassment policy that in his opinion are being used to silence not just online bullies but brutally honest criticism as well in an effort to make the video service more advertiser, and corporate, friendly. "The Youtube that we once knew and loved is gone," he would state, "the day where you could make content you would see nowhere else and not be corporate controlled is over."