Reader Submitted: "What IS Second Life?"

What IS Second Life? 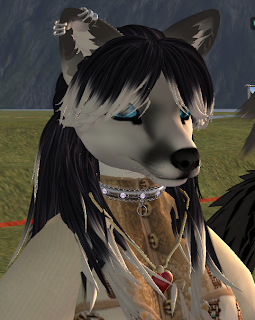 Webster’s Dictionary defines a game as : a (1) : a physical or mental competition conducted according to rules with the participants in direct opposition to each other (2) : a division of a larger contest (3) : the number of points necessary to win (4) : points scored in certain card games (as in all fours) by a player whose cards count up the highest (5) : the manner of playing in a contest (6) : the set of rules governing a game (7) : a particular aspect or phase of play in a game or sport kicking game> b plural : organized athletics c (1) : a field of gainful activity : line

“I will not lie to you and say there is no sex going on,” I tell them, at which point I get a lot of snickering and comments about “one handed typing” or “Sticky Keyboards,” or the other Direction “SICK BASTARDS!” It is at this point I try and explain the virtual life I live. SL is TOTALLY created by the users, from our avatars and the clothes we wear to the homes we live in, there is so much more to SL than sex, let’s take a look at the “real” world.

Yes there is sex in SL for those that want it, just like real-life. To me SL offers so much more than ANY other media out there! I have friends in almost every corner of this earth, something I could never have done in ANY other MMO to this scale. Real people, real problems, real emotions, only the avatars are virtual. That brings us to the “residents” that work and play here.

Yes that’s right, there are people that “work” in SL most are very talented creators and builders of the items we use every day. Then there are the “Scripters” that brings those objects to life, like cars, motorcycles, sailboats, planes and so much more! But most new people go looking for the “Sex Sims.” “Why?” To get it out of their system I suppose, until they learn the correct etiquette of being with someone intimately online, (yes there IS a proper way).

Let’s look at sex, it is a physical act of gratification experienced by two people (normally but not always). Now the mark of a GOOD lover is one that cares for their partner’s needs. Now let’s examine this even MORE closely, the act of Sex while physical is MOSTLY MENTAL anyone that says otherwise is either A. selfish lover or B. inexperienced. Our body reacts to mental stimulation FASTER than the physical and those that want to argue the point I say LOOK IT UP, I have proven to so many the “tease” is more important than the actual view of a nude partner. So, when we do
“cyber” for some here it is their only outlet, due to physical or social limitations.

Then I get the question “Well have you ever....” And they leave it hanging there, so I answer “Yes, I have been lucky enough to have some that actually put my needs before their own.” But just as in the “real” world, I don’t live in a bed. While they are thinking about that I ask them what do THEY enjoy doing? And of course I get a lot of different answers to which I answer “I can do that too in SL” Normally this is when I see a true spark of interest and curiosity.

If I am at a computer I show them some of the videos made BY the residents, I show them pictures of the clubs I run.“YOU OWN CLUBS?!?” they ask shocked and I tell them yes I do, I also run a small radio station but my biggest project is “Land rentals.“ And I see the confusion in their eyes and hear the next question before they even ask it.

“What land? It is all in a computer” at this point I explain that the “land” is actually a simulation or “Sim” for short and what they are renting is resources for that sim owner in which they can build anything up to their limit of resources they have rented, at which point I turn on SL if I am able and show them a whole new world they never knew existed, so I have brought a few to SL, and some enjoy it, some decided it wasn’t really for them, but they leave with a new understanding that SL is NOT a 24/7 orgy, but whatever they made of it and THAT is what SL TRULY is.

“Whatever you make of it."

Nydia Tungsten
Posted by Bixyl Shuftan at 6:00 AM