Lucky Eggs are something that can only be classified as a sploder. The creator of the eggs insists that they are different from sploders in many ways. However, a sploder is defined as an object that you pay linden to, in order to win more linden, from an accumulated pot. 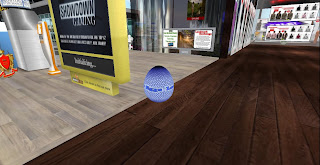 A lot of people enjoy them. However some people realized that Lucky Eggs are truly 'lucky' eggs. They determined this, when they themselves were playing lucky eggs, and discovered that the majority of Lucky Eggs winners were at a few specific clubs. A lot of times, the same people would win consecutively, from the same location. This raised the question, "Are the eggs really fair? They don't seem to be random, given the fact that most of the winners were at the same places. So, are they truly fair?"

Well I tried to answer this question, using just what I know, at first. This lead me to two possible answers to how the Lucky Eggs prizes are distributed. The first, and more probable, the Lucky Eggs scripts are written to give people a better chance of winning, at certain places. This would mean that the Lucky Eggs are not fair at all, due to the slant in the probability. The second answer, and the less likely one, the lucky egg prizes are chosen by someone, and sent to the winners. This would mean that there is a possibility of favoritism, which would throw fairness out the window.

Another thing I noticed, is that each time someone pays a lucky egg, it gives them an empty egg. This is not to show that you paid the lucky egg. The reason for this egg is so the lucky eggs can skirt past the TOS rules about gambling. The egg is the key to opening a loop hole for the lucky eggs to pass through. According to the rules about gambling, everyone must have an equal chance to win. However, since they provide the egg, then the rule doesn't apply, due to the fact that it's not considered a 'game', by the TOS, it's considered a vendor. 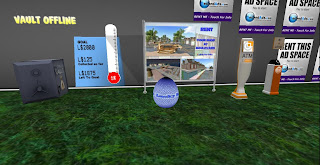 This shows how instead of fixing their morals, the lucky eggs people would rather bend the rules in their favor. Lucky Eggs may be wrong in morality, but they have made sure that their Lucky Eggs cannot be banned, by working their way through the loopholes. Another thing that makes people mad, is the fact that in the Lucky Eggs group, it says they are totally free. This is not true, because in order to participate in them you need to pay L$ 50. In order to join the Lucky Eggs group, there is a fee of L$ 100. When you place a lucky egg in your land, you have to pay 90% of your earnings, to the Lucky Eggs group.

Another thing they say in their description is that it is 100% legal. If it really was 100% legal, why would they need to say that? In my opinion, they only say that to try and convince people of a lie. I see Lucky Eggs as immoral and wrong, and have basically been a way to take people's lindens, just to give them to other people.

Given what I've told you, it is up to you to decide whether they're worth it.

Theonlyjohnny Resident
Posted by Bixyl Shuftan at 6:00 AM