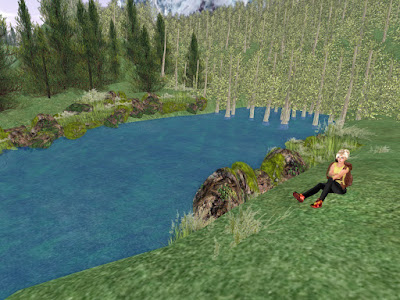 Well,  what an adventure! Sunday I went to explore Madori Falls Wilderness high on a hilltop . I hiked through a forest to the small lake that was the headwaters of the waterfall. It was so pleasant and quiet I sat to rest and fell asleep for a while. 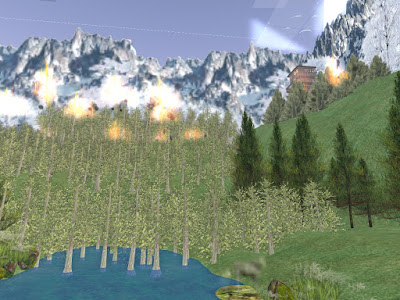 I awoke smelling smoke and hearing crackling in the distance. Above me on the hill I saw the fire watch tower and the nearby trees were aflame. 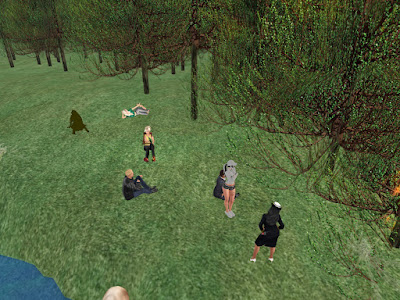 As I turned in the distance below I saw more smoke rising. This fire was encircling the area. It is a good thing there was a small meadow around me and the lake in case I needed to save myself there. I felt very alone until several others walked out of the woods to join me.

Several elks trotted out of the woods too crying with fear. Happy to see the water they stood at the edge drinking, ignoring us. 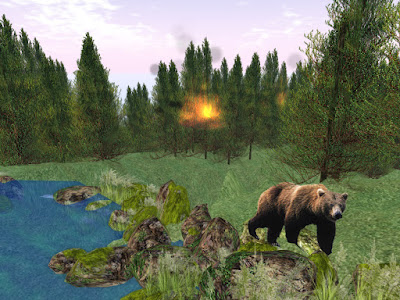 We  stood around, sat , chatted and hoped someone was looking for hikers. I was happy to be prepared for this with a water bottle and some snacks which I shared. We could smell the smoke and hear the fire getting closer.

A bear appeared out of the woods across the lake frightening humans and elks! He stayed on that side so we felt somewhat safe. 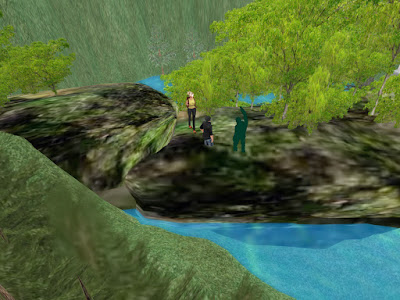 We could hear helicopters above and waved and waved. we were urged to head for the lower waters and finally took a short jump into the falls to the creek below. Most of us followed the creek to a large lake and waited there . One was missing,  Kees, who got the wrath of the bear before he jumped and was bitten so rescue for him would take place elsewhere. 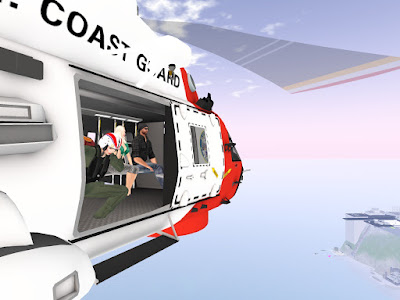 As we waited it was so cold we danced in place in the thigh high water. Finally , two rescue copters appeared in the sky above and one by one we were lifted up on a rope . Slowly the pilot made her way to the rescue ship off the coast that was well equipped for medical issues. Each of us was assigned a cot in a tent to await clearance that we were not injured or ill in any way. Serenity joined us but she had fallen from the copter when being lifted so was the most injured of us. 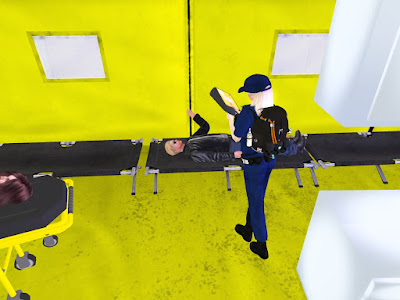 We heard Kees arrive on a gurney and he was swiftly examined and began treatment for his bear bite. It was good to see that at least he was alive and sounded pretty much ok. His treatment sounded a bit painful though. The nurse taking care of him thoroughly discussed each step of the treatment as she went along .

The Doc  came in to our tent and questioned each of us to see if we were aware of who we were , what day it was, did we know how we got there , were we injured in any way and finally released most of us to go topside. Serenity stayed to have an MRI and I hope she is ok. 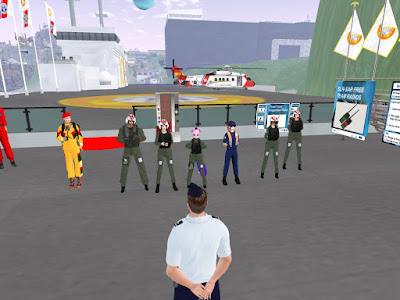 Kees was still there when I left too and I hope to see that he has recovered .

Great thanks to all who assisted in the rescue and putdown of the fires. I witnessed the rescuers getting thanks and being dismissed from all their work before I left the ship. Well, not sure I will go back to Madori Falls Wilderness again soon. I know quieter places to go hiking.