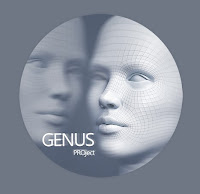 Good news for fans of Genus Project. They've won the DMCA suit against them, and will be opening today, Friday September 4. The suit, the second filed against them, was made on July 4, just hours after the store reopened following winning the first.

On the Genus Discord channel, owner Anna Ivanova would explain how the case was made.

"The person who did this thought out his plan very well. ... So what happened exactly? This person, I am sure, is ... an experienced Second Life user. Basically, he copybotted my mesh from the game. And then, having some editing skills, he used Photoshop CS6 to create the ad ... on April 5, 2020 (shortly before filing a fake copyright complaint against me), and uploaded this product to be sold on a third-party site. 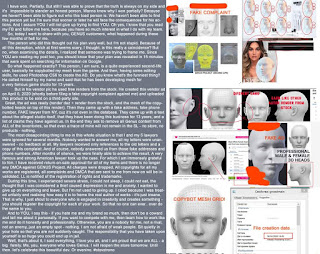 "He called himself by my name and said that he had been developing mesh for a very famous game studio for 13 years. ... The ad was ready ... Then they came up with a fake address, fake phone number, fake lawyer from NY, cuz it's not even in the database. They came up with a text about the alleged studio itself, that they have been doing business for 13 years, and a list of claims they have against us. In the end, they ask (us) to remove all Genus content from ALL of the inventories, so that even a trace of mine will not remain in ... SL - no store, no products - nothing."

Unfortunately, while finding out how the culprit pulled off the forgery took only a short time, getting the DMCA shutdown resolved would take time, and help from lawyers, "The most disappointing thing to me in this whole situation is that I and my 5 lawyers were ignored for several months. Nobody wanted to answer me, all my letters were unanswered - no feedback at all. My lawyers received only references to the old letters and a copy of this complaint. And of  course, nobody answered us from those fake addresses and phone numbers. After months of silence,we were finally able to achieve the result. A very famous and strong American lawyer took up the case, for which I am immensely grateful to him. I have received return-on-sale approval for all my items and there is no longer any DMCA against GENUS Project. All charges were dropped. All copyrights for my work are registered. All complaints and DMCA that are sent to me from now on will be invalidated. LL is notified of the registration of rights and trademarks."

Anna would state, "The thought I was a thief caused depression in me ... But I'm not used to giving up. ... I was treated unfairly, and realizing how easy it is to frame the real author of works, it's just insane." Her advice to serious content creators in Second Life, "I ... shout out to everyone who engages in creativity and creates something, you should register the copyright for each of your work(s), so that no one can ever, ever, do the same to you."

She would have a message to the person whom filed the DMCA takedowns, "I assure YOU I will not give up trying to find YOU. ...  And to YOU, I say this. If you hate me and my brand so much, then don't be a coward and tell me about it personally. If you want to compete with me, then learn how to work like me and do it honestly and professionally. Otherwise, you are a nobody for me, not a rival, not an enemy. Just an empty spot - nothing. I am not afraid of weak people. ... The responsibility that you have taken upon yourself is so huge, you could end up in jail."

Her final message was to her customers and other supporters, "I love you all and I am proud that we are ALL a big family. Me, you, everyone who loves Genus. I will reopen the store tomorrow. Until then, let's celebrate this beautiful day."

On Discord, there were numerous well-wishes from fans, "Yay!!!! Welcome back! We've missed you!" "I am so glad that Genus Project is back in action!! This is a happy day." "i am so glad you back and all sorted and i hope you catch whoever is doing this cause i may be being paraniod but i got a feeling they gone after **** too seems strange they are down now i think this is some major lame troll." "I want to personally say, Anna, I am so terribly sorry for (what felt like an eternity to both you and us) the countless months of undeserved stress that you've endured.  I am happy to know you can breath a sigh of relief, even if a little.  As you already know, your supporters, have been in your corner the entire time; having faith you'd persevere.  We are proud of you for, NOT GIVING UP, though...it wasn't easy.  It proves just how good and STRONG you are!  ONLY POSITIVE LIGHT from this point on, Anna.  YOU ARE A TRUELY A SHINING STAR!"

And so after being down for months, Genus Project is back in business, to stay this time. For them, what looks like the end of a long nightmare. For others wanting to be serious content creators in Second Life, a cautionary tale about what can go wrong.

Posted by Bixyl Shuftan at 3:00 PM