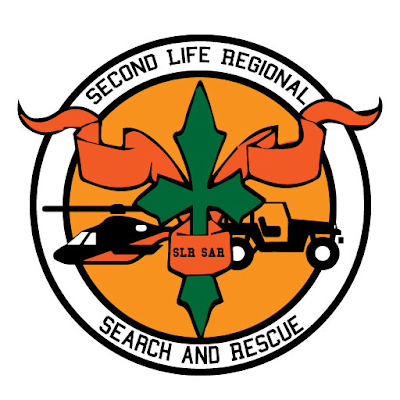 “Sunday the 18th at 9:00 Am  SLT will be the opening calls for mutual aid and we look forward to a  community of skilled first responders  participating.  “ 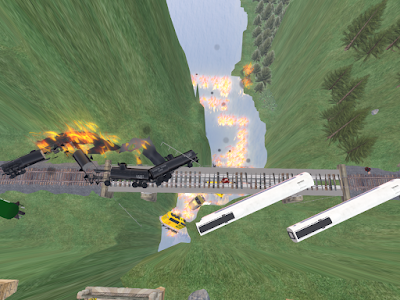 I often see and have seen many first responders around Second Life, but have never seen such an event in the time I have been here, except for the  9/11 event that was held for many years. 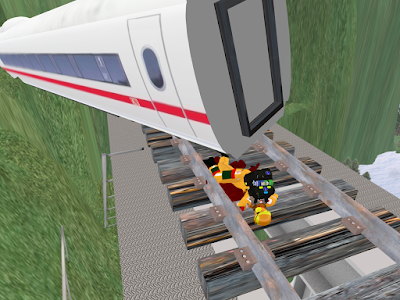 I saw this call for 9:00 for a multi-agency event in Iridium and went over to see what was going on. It was an amazing display . A train had derailed on a bridge over a deep ravine above water. Cars were strewn around in the water on fire and above on the bridge with victims  waiting for help. Some were on the bridge, some in the tunnel, and down below in the water. 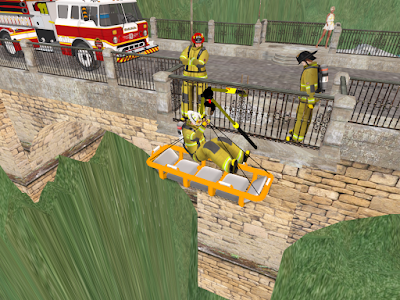 The organization was amazing. A fire truck deployed a winch to lower the fire fighters and carry the victims to safety.. A helicopter lowered another first responder to help.I saw three victims rescued and winched up to the helicopter. They were transported to an area set up near the area with medical personnel waiting .  This took place over 4 hours.It was so professional.

At one point one of the responders has an accident himself, Jᴀᴍᴇs L. Qᴜɪɴɴツ (MikeStoker Resident fell off the bridge into the water and was covered in oil and needed to be rescued himself. 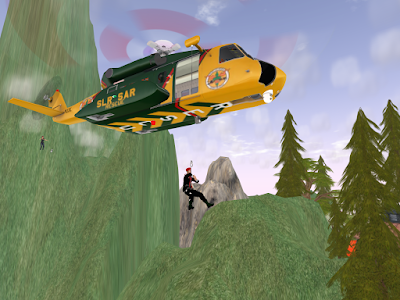 A wide variety of mutual aid responders showed up at various times from various rescue groups the the hours passed went on. A marine fire and rescue boat appeared to check the waters and the train cars under water . One entered and swam the cars to check for people. There was a victim trapped in there for a long time with her head above water fortunately .   After all were rescued then everyone took part in knocking down the fire. 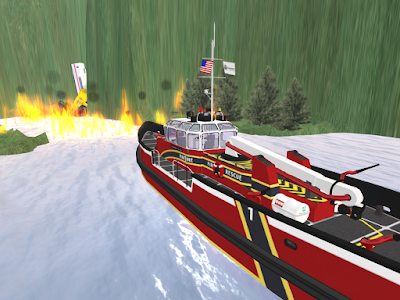 I spoke to Tealcie Annibles (Tealcie Resident, ( Founder and Commander of Second Life Regional Search And Rescue - A Mutual Aid Response Organization.  Co-Founder/Owner TLC Land-Co),   who runs these activities and she told me that she tries to do it as often as possible . She has been coordinating them for the past two years.  Next month will be another disaster involving an oil rig and a cruise ship. When they are called to respond the call goes out in real time to anyone who can come as first responders and they arrive in various times as they can and search for victims and disaster relief. 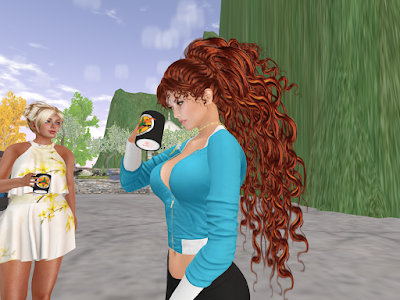 I asked her if there was a practice before hand and she answered, “No we go live with no warning”. She passed a video of a past event that you can see here .   https://youtu.be/8Cw9y2rvWFM .

If you want to see or participate in this activity get in touch with a first responder and find out how to get involved. I found it all amazing as I watched it occur and offered to be a victim some time. There is a group for those who might like to be a survivor. You can find it on my profile. I stayed to watch for over three hours with a few other observers sitting high on a hill and camming in on various parts of the activity . This is a particular sort of roleplay that takes time and patience. It is a slow process that moves along with the pace of discovery of victims and planning. It was a great experience for all .

Gemma Cleanslate
Posted by Bixyl Shuftan at 6:00 AM