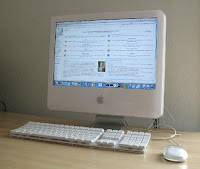 Yours truly recently got a new computer, the fourth I've used to get on Second Life. When I first logged on Second Life in December 2006, it was with a PC I'd gotten used a few years earlier. Getting on Second Life and the games I was playing at the time was slow. So I decided to try to add some memory to it, and ended up frying the machine. So like it or not, time to get a new machine. As computers at the time were not being sold with the reliable version of Windows I knew but Vista, which was getting friends and family alike frustrated, it was time to go "back to Mac." So I got an iMac, and that was the computer I would get to know Second Life with, and experience to about November 2013. 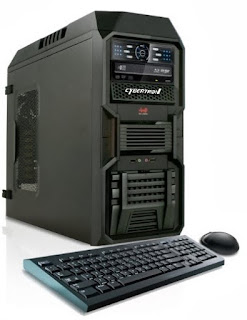 As time went on, Second Life would be updated again and again. And my viewer began to slow down and freeze a bit. By Fall 2013, things were getting to the point the viewer would pause in the middle of my typing a sentence. So I began looking for a new computer. As Macs were more expensive and Vista had long been replaced by more reliable versions of Windows, in this case Windows 7, I decided to look for a PC, one with a good graphics card. Windows 8 was coming out, but someone I knew whose machine ran on it was having trouble to the point the computer froze up and couldn't be saved. So when I found one, a Cybertron Power PC, I made sure it had Windows 7 installed. The machine arrived in November, and my Second Life experience was back to normal. I could also start playing more of the games my Second Life friends were playing.

All was mostly well for a while, aside from the computer needing to be taken to the shop a few times, and once my screenshots vanishing (later recovered them). Then late one evening in early August, the computer finally died. There wasn't much of a warning other than the viewer acting slower and crashing more, though it wasn't nearly as slow as the last couple months I was using the Mac. Fortunately, the hard drive was still good (I had backed up my most important files anyway). Also, with Microsoft about to abandon support for Windows 7, I had been giving some thought to getting a new machine soon anyway. But like it or now, I needed to get one now. 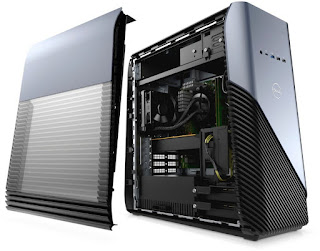 What I wanted was another machine that would serve me well for years. I recalled a friend who got a new machine, only to find Second Life actually ran *slower* on it than her computer that was several years old. So I talked to a few friends as well as checking the recommended system requirements on secondlife.com. I soon came across a Dell Inspiron Gaming Desktop. What got my attention was the NVIDIA GTX graphics card and 8 gigabytes of RAM to cut down on the lag. Plus it was on sale. I ordered it, and after several days it was ready to pickup.

I was soon back in business, and my Firestorm viewer was running much faster than on my old machine. Maxing out my viewing distance at 1064m, I didn't have to wait nearly as long as before to wait for everything to rezz. Highly complex avatars nearby didn't slow me down like they had been recently. I've enabled shadows to appear in my screenshots, at least for now. As for games, they load faster, and I'm able to play at better resolutions. I should note I still crash occasionally, and TP fails seem to be occurring a bit more than usual, though the latter could just be SL being a bit buggier than usual with the latter.

So here's to more years of going about Second Life and occasional gaming. Hopefully I won't need another machine for a very long time.