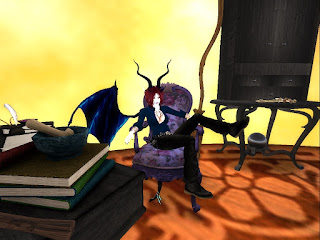 I knew that by the time I had four different parcels I was paying tier on, things were becoming a bit ridiculous, and it was time to investigate actually getting a sim.  With the beginning of Sansar underway, and the new increase of prims allotted to Second Life from Linden Labs, I figured there surely was a good solution to my predicament.

The first thing I did was call Linden Lab.  They gave me a good page off their website to go to (I have listed it at the bottom of this article in the URL section, and rehosted it at Tiny URL).  At that "Name Your Land" page, you can create a name for your region (or see if the name you want is available), find out which areas of the grid are available to make a sim (by putting in coordinates or another region name), and even click to chat immediately with a more-than-happy-to-speak-with-you sales associate.

I found the Linden Lab sales associate very informative, but my gawd, the prices were astounding! $600 USD for the initial buying price of a sim PLUS $300 USD a month tier -a car engine goes for around $500 USD.  Plus you have to take into account, their policy of residents not being allowed to own Homesteads without owning a Full private region, because Homesteads are essentially an add-on for a full region (not physically, but from a sales perspective).  Sadly, there are no discounts available.  Linden Lab only has the Premium incentive to offer: 1) weekly L$300 stipend deposited to your shop, 2) L$1,000 sign-up bonus for first-time Premium Account subscribers to be deposited to your account after 45 consecutive days, 3) Linden Home or 512 Square Meter Tier allotment for use towards a parcel on the Mainland, 4) Expanded Live-Chat customer support, 5) Exclusive Virtual Gifts, 6) Premium-only accessible areas and experiences in Second Life, 7) Exclusive activities and games, 8) Increased cap on missed Instant Messages, 9) Increased group membership limits, and 10) Voice Morphing. 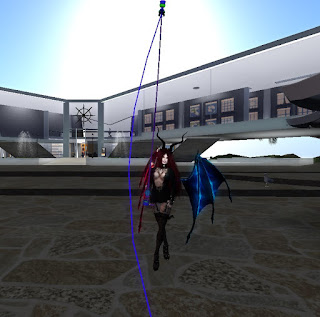 I was a bit thwarted, but I decided to continue my research with one of the companies in Second Life that I had contently rented from for over a couple of years now, ZoHa Islands.  My relationship with them started because I Fish Hunt, and every time I went to their buoy, I was always greeted personally by a sales representative.  No matter that all I was interested in, was just catching fish, they were always polite and wished me good luck, consistently.  I thought that was really cool.  They built a good rapport with me, and I finally took them up on their offer one day, and haven't looked back.  They recently implemented a new system, where you must file a ticket on their website to get a response to any inquiry (I have listed that at the bottom of this article as the second link in the URL reference section).  They do this to make sure everyone gets answered and nobody gets accidentally missed on the group chat.  Tammy Mayo (tammiedee.mayo), a very helpful and patient representative, contacted me, and we talked for about three hours initially (but really, she did earn her commission, poor thing, *laughter*).

At the time, my main concern was being able to have a sim connected to my previous home of Faerie Crossing, a land of 10 neighbored regions.  Now, it is not possible for ZoHa to make a sim from scratch, off of any place on the grid, and sell it to you.  Nonetheless, they do have a fabulous selection of already existing regions to choose from (starting at $30 USD for the initial buy price, and about $120 USD per month for homesteads).  It is entirely conceivable to get a sim and have it moved (it costs a one-time fee of $150 USD, which is what LL charges).  However, in order to move a sim right next to another, and become neighbors, you need to have permission from the owner of the other region first.  All the areas on the map in the first link (under "Region Location" "Region Coordinates") that are cross-hatched in red, are these types of places you need to get permission for.  Everything else is fair game.  Also, it is just as easy to have any of ZoHa's sims renamed (it costs a one-time fee of $50 USD, which is also what Linden Lab charges).

Next I had to decide whether I should invest in a Homestead sim or a Full.  The difference between them is not just price, but prims and avatar capacity.  They are exactly the same size of 65,000+ SqM.  However, a Homestead can only host 20 avatars at any given time, whereas a Full can have up to 100.  You also get 5,000 prims with a Homestead, but with a Full, you get 20,000.  This is why Homesteads are usually cheaper.  I figured it would be safe to give the Homestead a try, and I could always change to the Full later if it ever became necessary.  It's not like I was planning on renting out parcels or anything, so what the heck?

It took about a day or less to change the title of Vita Nova into Zamargad.  As far as Linden Lab paperwork goes, the Governor of ZoHa Islands owns it, but I have full control of the region.  From making it Moderate, who can visit (open to the public or not), generating parcels, to even writing my own Covenant; Zamargad is a little piece of me that I get to share with all who dare to tread it.  Not a bad deal at all.  I saved $950 USD (OMG!), and ZoHa gave me a current resident discount (for having already been a client). 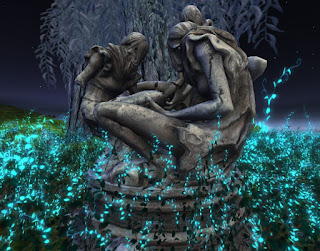 After recovering from the shock and depression of being banned from my previous Faerie Crossing home of three years, and with some powerfully supportive decorating suggestions and tips from friends, it took about a month to finalize Zamargad.  I learned that the best way to see Second Life is to tick these in my viewer settings: "Automatically change environment to use region/parcel settings" and to "Use Firestorm Parcel Windlight Sharing."  Environment settings really set the mood for what kind of ornamentation is best.  I chose a night theme so the glowing vegetation and other structures had just the right touch of mysteriousness and wonder.  It took about $200 USD of birthday and Christmas money, and countless, relentless hours of scouring the Marketplace to turn my new home into a masterpiece.

I wanted an epic grand opening, and I definitely got one!  Vinnie (acoustic.rhapsody) of The Vinnie Show, one of the performers for my grand opening, mentioned something very key for setting things in motion, in the preparation of this event.  In anticipation of all the traffic this would generate, we were worried about crashing my Homestead of Zamargad.  Vinnie suggested a work around of using a parcel on a Full sim, and then having a tour of Zamargad afterward.  Tammy helped me again to get the grand opening party parcel.  I only had to rent it for a week, and I got another discount for having done so.  I went back into a productive creative mode, and designed the grand opening parcel set, so that all I had to do was "Take" it from Zamargad, and rerezz it at the parcel.  The grand opening was definitely a success!  Over L$2,500 were raised in donations during this all day event.  I was very pleased that everyone came to support and share my reverie with me.

I also learned that it actually doesn't matter where your region is on the grid.  You could be an adoption sim, surrounded by BDSM sims.  In any event, "location, location, location" doesn't matter, unless you're going for Mainland. And in that case, it's because you want to be a part of a historical continent, pricing, or clear rules instead of a covenant.  If your region is awesome, people will come, no matter what.  There are no such things as designated areas of the Second Life grid for fantasy, or any other what-have-you themes, even in Mainland where ironically the only constant theme is variety.  At one time there were a bunch of fantasy regions surrounding the realms of Faerie Crossing, Elf Circle, Farhaven, and Isle of Wyrms, but that is slowly dissipating.  I would love to see a huge continent of fantasy, but I suppose it's like when per say, a cell phone company buys out another cell phone company and they merge ... and they keep on buying all the other cell phone companies until there is almost a monopoly ... and then they split and get bought out by other cell phone companies altogether, and the cycle repeats.  It is just the nature of business and things. 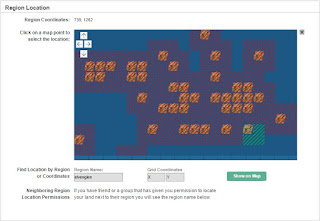 According to Rabbinical mythology, Zamargad is the name of the land to which Lilith (Adam's first wife) betook herself in her flight from Paradise (the garden of Eden). And it is near the Red Sea, which could be metaphorically construed as the disapproving neighbors cross-hatched in red on the "Name Your Land" map. - Thus I do toy with the idea of poetically moving a water sim away from the fantasy realms I once knew...  But Zamargad currently rests, nestled between a bunch of other private estates on the grid, and is happy there for the time being.  Despite my otherwise assertive soul and meaningful trivia, I do think there are better things to put my money toward... like tipping performers and venues! 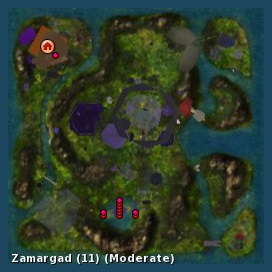 But that is what it's like to get a sim.  Lots of research, preparation, anxiety, support, a new found appreciation of everything that goes into all the places you visit in Second Life, and of course, the big payoff - celebration and sharing your imagination with the world!  Very fulfilling and worth it.  If I had more money and ideas, I'm sure I would do it again.  ...I hope this article helped you some, and gave you a bit more perspective on the matter.  Here's to your dreams coming true as well! 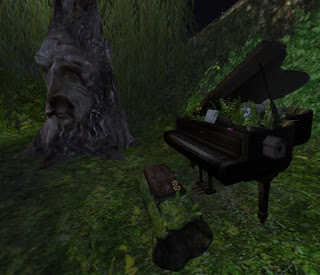