Sometimes in Second Life I just want to chill and hang out at one of the many dance clubs in Second Life. Maybe to work on a writing project with a live DJ jamming tunes for me or goof off talking with friends. Electronic Music Informer is a good source of various music clubs to whatever music genres. Until one day when I walked into a club that was against furries which surprised me, as the majority of human clubs accept me for who I am.

So I find a club at Anaconda (42/32/22) that was playing hip hop. I was accepting that they were playing different music. It’s boring to hear EDM or electric dance music all the time. I was there for less than a minute and suddenly I got an IM from nowhere 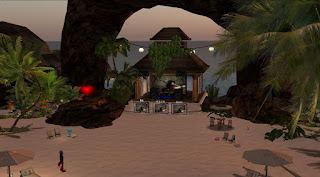 When I went there a second time without reason she booted me to a safe haven here at the Vilania sim. What really surprised me is that I was banned there just for being a furry. When I tried to go there to get more answers I ran into a message that said, “Teleport failed You are banned from the region.”

So not only did I not get a reason of why furries are not allowed at this club, I was also banned. That’s sad that in Second life that I ran into a racist club. It’s bad enough to see racism in my first life. Second Life should be a place to chill and relax and if I choose to be a walking talking fox then so be it.

I’m part of a group called  “Furs Against Social Inequality.” I shared my story within the chat group and got some swift responses.

Second Life should be a better environment then the real world to hang out at a club with or without your friends. It’s unfortunate although rare that there are clubs in Second Life that don’t allow you if you’re different then the human norm. Second Life is a fantasy where you should be allowed whomever you want. It’s a shame I found a club that wasn’t okay with that.

Editor's Note: The Newser has reported on avatar discrimination a few times in the past, a recent commentary in January examining them.
Posted by Bixyl Shuftan at 7:00 AM