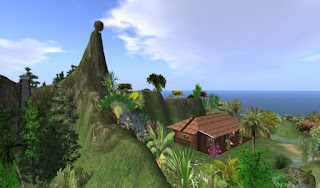 The 12th of March is an important date in a very tiny part of the world, often overlooked by many but still significant for those residing there.  For those who are wondering, on 12 March 1968 Mauritius gained its independence from the British Empire, becoming a democracy.  Usually, as many residents have never heard of Mauritius, we get asked all sorts of questions.  Hence, through this post, you can learn a bit more about us.

While Mauritius is unheard by most people, we do have Second Life residents from this little island. But first, let me tell you a little bit about us.  Mauritius is a tiny little island of 1.4 Million (yes that’s correct) inhabitants.  I fondly call it a tini-mini dot on the globe.  It’s situated near Africa, most specifically close to Madagascar (yes we do like to move it too).  We’re known for our beaches.  In fact, during my first two years in Second Life, I found a Mauritius sim and this is where I met a few Mauritians.  It was a beach type of resort with a dodo.

We’re the third smallest country in Africa and also among the most developed countries in the region.  We rely on tourism, ICT and the financial sector.  We’re also known because of the Dodo which originates from our country.  We speak French and English and Creole is our mother tongue. We’re a multicultural state with people originating from Europe, Africa and Asia and we respect each and every culture.  Sega is our national traditional dance.  The traditional sega is very popular, even today though there are some musicians who have added a little modern twist to it. 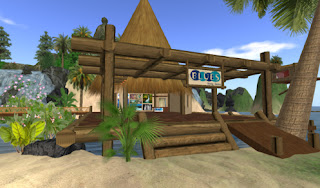 As internet has become more accessible, there are more people discovering the internet.  Social media is a common favourite by most people.  Gamers seem more rare, at least in Second Life.  I have met a few fellow Mauritians in 2016 and it was a pleasant surprise.  The fact that SL is so huge makes it so amazing.  It’s really a chance meeting if I do actually meet another Mauritian.  The Mauritius sim does not exist anymore but maybe in the future someone may reproduce Mauritius with its popular landmarks to give Second Life a better idea of Mauritian Culture.