Reader Submitted: My Story at Virsino 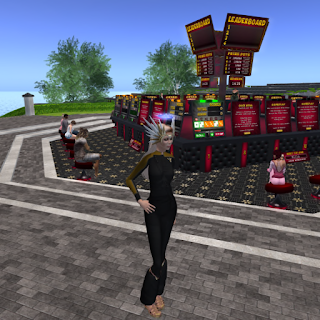 So I have been an long-term visitor and player of the Game Greed which is  Virsino's main attraction, I can say its an fun place. The hosts there are very polite, although there customer service has been ignoring me. The experience was very confusing at first. But once I got the hang of it, it was very nice. Although the money winnable is nowhere near enough to fill up the hole needed to train for it, its still an amazing feeling to become forth, and it was fun beating my own highscore. Although I wish the system keeps track of that and that they share the pot over the four winners instead of one, it's still way better then most gambling places which are only luck based. I tried them, they're even more confusing and not as popular or social.

So I have only gambled once in real life, and I can tell you those machines are confusing. Although I did win 7 Euros, I quit after that. But I do have to say that winning an real-life jackpot is way more rewarding money wise, if you did not throw in to much money (i only thrown in 50 cents so its literally nothing in my eyes) and stop after winning the money. There is less danger in Second Life, although I still say watch out that you do not throw in too many Lindens. There, just know your limits.

If you are just willing to pay and are willing to learn the game I recommend it, Although I also want to warn it is an very known fact that gambling is highly addictive and thus should be used with caution My rating is an 7/10 would recommend with moderation and low expectations money wise (smile).

Angel Fencer
Posted by Bixyl Shuftan at 6:00 AM