News and Commentary: Is Second Life's Population Not Growing in Numbers Because It's Growing Older?

In late December, it was reported that in the past year the number of private sims had gone down by 667 from 16,783 to 16106 in 2017 or a loss of about 4%. While this is lower than the 4.4 percent of 2016, it is still a continuation of the long slow decline Second Life has had in the past several years. This is in spite of that thousands still sign up for an account every day. So why don't they stay? Chic Aeon, when commenting in a post by Hamlet Au in New Worlds, had one suggestion: Second Life wasn't really designed for Millenials.

Chic described how she found the place, and her observation that most of those who were doing things were Generation Xers or Baby Boomers. 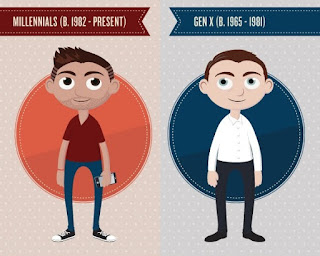 ... I was drawn to Second Life because it was listed as the world for CREATIVE and TECHIE folks. I am undoubtedly both of those things. The techie attribute has cause plenty of problems over the years; SL is simply NOT easy to learn. Items came in boxes that needed to be unpacked in an area where people could rez things and open them.

Think about that sentence and all you had to learn just to get some free clothes to try on your avatar.

It takes a real interest to stick around and learn all you need to know to navigate these virtual world waters. For many years, my theory has been that the peak of SL's popularity gathered up all those techie and creative folks -- those in their 30s, 40s, 50s and 60 and a few beyond; they stayed and became the baseline populous of our world.

While some young folks do come and participate, most all of the people I know -- the creators, land barons, educators etc. -- have a few decades or more under their belts. They were willing to put in the time and effort so that they could enjoy the world on a daily basis. I am certainly one of those folks that make up the 90% of inworld hours. I am here about sixty hours a week, creating, blogging, helping others in the forums, chatting with friends --- pretty much in that order.

Yours truly came in when I was 39. So adding 15 to 10 years means those who were in their 30s, 40s, 50s, and 60s, are now in their 40s, 50s, 60s and 70s. While some might have more leisure time after their kids go on to college, others end up getting too sick to get on. And of course heart disease, and other ailments of middle and old age can mean death, and the end of their time in Second Life as well as their real one.

So Second Life has a problem that earlier electronic entertainment products such as the Atari 2600 never faced, a declining number of users not because of them leaving to a better product of the same kind, but that the users are getting older and there are fewer signing up than those dying. It's not that there aren't any in their younger 30s, 20s, and late teens coming in, there are. But the numbers are smaller. Which leaves the question as to "Why?" To Chic Aeon, she felt the idea of an open-end virtual world where it was up to the users to make most of the content just didn't appeal to Millenials, "They want things NOW, not later. They want their fun handed to them, not earned." Personally, I have my doubts as to this theory. Daniel Voyager stated the Teen Grid, when active, had it's own content creators.

Something else I've heard is that younger people want their own place, not the same one older adults are going to. I've heard some players on the Grid with teens say they're not worried about their youngsters logging in, saying they've heard them grumble, "Second Life is for *old* people." The response of many teens and young adults to older adults getting on Facebook was to stop using it and go to other social media such as Snapchat.

So could Linden Lab try to advertise Sansar as "The choice of a new generation," a slogan that helped Pepsi Cola increase sales in the 1980s among young adults then? It could, but so far Sansar's user base remains tiny. If any of the next generation virtual worlds is getting much of a population, it is VR Chat. It could be that while young adults do have a taste for virtual worlds, but many are looking to VR Chat instead of Second Life. So we could have a situation in which Second Life is inhabited mainly by Gen-Xers while VR Chat is the choice of Millenials. While this generational divide might help Linden Lab keep an audience for a few years, an inability to attract younger customers will hurt it in the long term. Such customers would need to be those Millenials who don't fil the stereotype of "Here we are, entertain us." But that shouldn't be a problem.