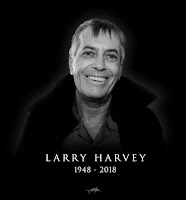 Some sad news for Burn2 fans in Second Life, and for all fans of the Burning Man festival in real life. Larry Harvey, one of the founders of Burning Man, passed away on Saturday April 28. The cause of death was a massive stroke earlier in the month. He was 70 years old.

Burning Man has significance to Second Life in that in the early days of Linden Lab before the virtual world was developed, a number of the staff attended one of the festivals, and were influenced by it. Linden Lab would also sponsor an inworld version of the festival, "Burning Life," for several years. Eventually, the Lab would end it's sponsorship, and the festival became known as Burn2.

I had a few words with iSkye Silverweb, one of the Burn2 participants. "He had an influence on a lot of things and a lot of people," she told me, "you didn't even have to be part of Burning Man at all to feel his influence." She mentioned the Smithsonian had recently made a Burning Man exhibition., "Larry Harvey had a hand in this."

iSkye would write a tribute on the Burn2 website. 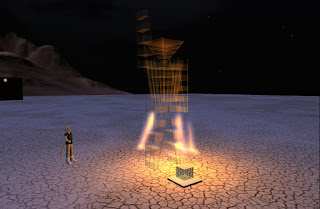 By now, many of you have heard that Burning Man founder Larry Harvey passed away on the 28th of April at the age of 70. A man who eschewed labels, he was affectionately known as the Man in the Hat.

Since the first Burn on Baker Beach in San Francisco, Harvey saw the development of a movement inspired by his vision of a free-spirited world of creativity and collaboration. With each year, increasing numbers of like-minded people were gathering with him on this beach; in 1990 the practice was shut down by San Francisco authorities. Undeterred and with the help of friends, the event reloated to the Black Rock desert in Nevada as Burning Man.

Every year since then, the event grew still larger, and has spawned 85 officiial Burning Man regionals, of which BURN2 is one. The Ten Principles of Burning Man were written down by Larry Harvey in 2004, a crystallisation of a guiding ethos that developed organically within the Burner community.

Thanks to his foresight, Burning Man will continue into the foreseeable future; may we always burn the Man.

When the news first came out about his death, some virtual Burners put out memorials of Larry Harvey on the BURN2 virtual playa; if you have an avatar with Second Life® account, you are welcome to visit, to remember the dreamer and Chief Philosophical Officer of Burning Man, the Man in the Hat. The SLURL to the BURN2 playa is http://maps.secondlife.com/secondlife/Burning%20Man-%20Deep%20Hole/226/83/25

Heading out to Deep Hole in an alt, I would see one tribute in the middle of the sim, a wooden man that someone had set to burn. There would also be tributes to him on the Burning Man website.

Burning Man is an annual art and music festival in the Black Rock Desert about 150 miles northeast of Reno Nevada. Having it's beginnings on a beach in San Francisco in 1986, in 1990 the event was moved to it's present annual location. Over the years, the number of participants has grown from just twenty to almost 70,000. The sheer number of participants led to some rules and changes that a few felt compromised the spirit of the event, and there would be a split with one other founder. A couple people whom were repeat attendees told me while good, the real life Burning Man is not like what it used to be. The event has also attracted some controversy from outside due to public nudity. In 2017, a man died when he ran into the flames. But even with Harvey's death, the event goes on. And no doubt Second Life's Burn2 will too.