The Media Looks At Second Life: Ars Technica and Atlantic Monthly Write About The Grid

Second Life got no shortage of attention from both the tech media and mainstream media in it's golden age, when it was regularly featured in both online and real life technology publications, newspapers, real life TV news and science programs, and more. These days, not so much. So when larger media writes about the virtual world these days, it gets the attention of residents. 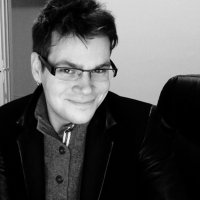 Ars Technica, an online publication about news and opinion articles about technology, published an article on October 23 by Samuel Axon. Axon had been in Second Life in earlier years "and found it to be more successful (and less ambitious) than its critics and commentators advertised." Wondering how it had changed, he recently came back. So what did Axon think of Second Life today? On one hand, he felt "the platform today enjoys a healthy community."

One example of this is the commerce the residents engage in, such as in breedable pets of which the rarest "still sell for thousands of US dollars." But the making of the goods has changed as technologies like mesh and Bento mean the "hobbyists and tinkerers have given way to more experienced professionals." And "the Amazonification of retail seems to have happened to Second Life" with shopping taking place less in inworld stores and more on Marketplace.

And it wasn't just traveling to stores that people were spending less time doing inworld, but exploring in general. Axon wrote, "as with the shopping experience, discovery and exploration are things some users are not all happy with right now." While there is some traveling to different places on the Grid, "most of the action really happens around events or on private property." The Destination Guide, Axon feels, doesn't get that much attention. He stated that this lack of exploring didn't necessarily mean "Second Life has become is any less interesting. It’s just more evidence that Second Life has evolved into something more specific and personalized. "

Axon also touched on the issue of sex, which he stated is "often one of the first things people think of when Second Life comes up." Although it still goes on he wrote, what he went on to say was a big contrast in the picture some in larger media give, "just as I was years ago, I’m convinced that framing it primarily as a cybersex emporium isn’t accurate. Anecdotally, it seems to me that the same or even a smaller segment of Second Life is dedicated to sex-related content when compared to what you’d find in the Internet at large. Second Life is, above all else, a gathering place for people with special interests. In some cases, that means Star Trek role-playing nights. In others, it means very specific fetish dungeons. Like the Internet, Second Life simply stands as an expression of the diversity of human experience." 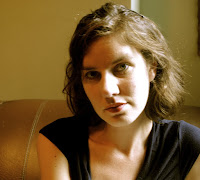 Besides Ars Technica, another publication has taken an interest in Second Life. New World Notes recently reported that Atlantic Monthly (https://www.theatlantic.com/) would soon "feature an in-depth exploration of Second Life ... both online and in print." The article was written by Lesile Jamison. Hamlet Au talked to her, and she told him, "I found users generous and acute and incredibly thoughtful about why Second Life was meaningful to them," whatever the reason. She also found help when trying to learn about how to get around.

Hamlet was optimistic about Jamison's article, saying this "could be the most essential article on Second Life written in its roughly 15 year history." We'll soon find out, as the article should be published in mid-November