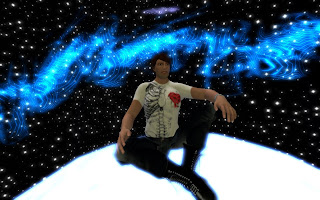 For several months from late 2007 to spring 2008, I was among those who was part of a group that explored various places around Second Life: Sean Voss Tours. A resident named Sean Voss, whose motto on his profile read, "Hello, I know something about everything but nothing about anything," would go around the Grid, looking for interesting places to explore. And on Tuesday evenings, we in his Virtual Travel Hub group would meet up at his Landmark Island and go to the best places he found. There was a different theme every week. 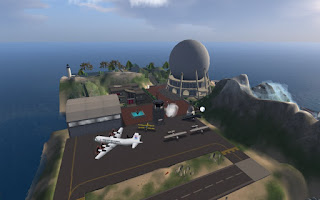 Over time, Sean showed me and the others, which included my friends from the STA area at the time Blarion and Keli, some interesting places. Some of which I would write about for the Second Life Newspaper. One week was sports-themed, and we went to a baseball stadium and a bowling alley, a go-kart course, and what I found to be the most fun "Dive World" which offered virtual scuba diving. The later was from PADI, a worldwide diving organization, to encourage people to get into real scuba diving, which I imagine it did. I had to adjust the scuba outfit for my furry avatar, but it made for a fun picture. Another fun trip was at Weather Channel, where we could surf the waves on the beach. We would also visit NOAA Island, which had the distinction of being funded by the US government through someone in the department. It's three-dimensional weather map and the tsunami exhibit were fun to watch. 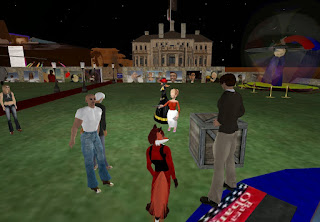 Another memorable visit on Sean's tours was to Bedrock, a depiction of "The Flinstones" hometown. It was fun in itself, but as it turned out underneath the jail was a "sex dungeon," which gave us some chuckles. One has to admit not many would think of looking for such a place there. One tour was about adult-themed places, a capture-roleplay or CARP maze, a BDSM area, and a place that was the more romantic kind of naughty. Then there was "Hillarious 2008," a place of cartoonish political satire done in three dimensions. When Blarion asked the owner Christophe Hugo about a "Herald" article of a red mosque at the place, he was thrown out. And after i wrote about the place for the SLN, I was told all of Sean Voss' group would be banned in response for my action. Recently, Christophe stated that at the time he was dealing with numerous griefers, and it wasn't always easy telling apart skeptics from trolls. 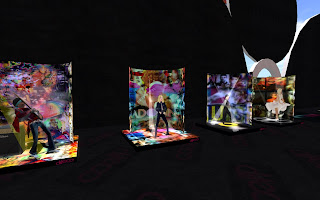 Other places included the popular Greenies sim and a sister build Kings Rezzable. We would visit the SS Galaxy and talk to the cruise ship's captain. He offered each of us a coupon for a discount if we wanted to book a room later. There was the Sculpties Factory, which Sean called a virtual wax museum of famous people such as Jimmy Hendrix and Marylin Monroe, the Mexico sim, and more. As for his place Landmark Island, one could pick up landmarks to the places that were on his tour. Sean and the managers of the STA where I hung out at the time knew each other and the STA would tell people of the tour group and Landmark Island. When the STA was shut down, Sean told us we were free to hang out at Landmark Island if we wanted.

In December 2007, Sean published a book under his real-life name, Sean Percival, about these and other locations in Second Life: "Second Life In-World Travel Guide." It listed over 200 places, intended for both new users who didn't know where to go for fun, and more seasoned users looking for more places. It's still available for sale on Amazon for about five dollars. But by now most of the places have gone, so the book is more useful as a description of what Second Life was like in it's heyday.

Sadly the tour group didn't last for longer than it did. In retrospect, Sean would either had to take a break, or scale back the tours to once or twice a month if they continued. One day when we showed up for the tour group, he wasn't there. Instead, we were told by someone he was canceling the tours, at least for the time being. Soon after, we got a notecard with the following. 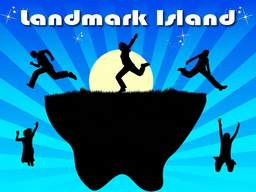 My beloved tour group! Apologies for not getting a notice out to you earlier today. Spidey told me lots came by for the tour and she had to deliver the bad news. Due to an over active first life with work I’m not able to login to SL much these days. The ongoing technical problems have also been a major issue as well.

So I need to take a break for a few months and hope to return again then. I’m hoping you are able to stay in this group and join us again in the future. The tours have always been a great pleasure for me and want to thank anyone who has come along for one. I’ll send a notice if anything changes and a tour is upcoming and when possible forward on any new landmarks that come my way.

And so the tours came to an end. I would drop by Landmark Island once or twice more. But Blarion, Keli, and I would find other things to do. A few months later, I saw Sean log on and instant-messaged me. He was happy to hear from me, and sent me a teleport. I dropped in with him next to Torley Linden in the Paris 1900 sim. What I remember is Sean saying he was planning on doing a video here, and we ended up looking around and in the Moulin Rouge. That would be the last I ever saw of him. Eventually, Landmark Island itself would vanish. I'm sure I messaged him, but I can't recall any response of his. 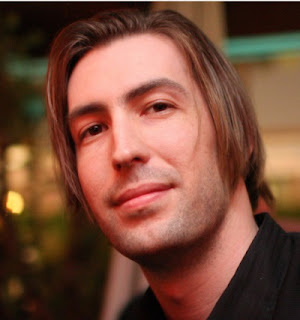 Doing an Internet search more recently, I found a blog entry dated May 8 2008, close to the time of his farewell message to his tour group: "Virtual Exits: Second Lite Residents Turn Their Back." He seemed to express mixed opinions, wondering if Linden Lab had lowered the bar a little too much on entering the place, "Introduce the concept of an economy and naturally you’ll get your wantrepreneurs, scammers, greifers, and general weirdos that make things interesting. Following the local news and gossip here and you’ll find its very much some bizarre society seen commonly in Twilight Zone episodes." Of the virtual world's infrastructure, he felt the Lab did either band-aid solutions to problems, or ignored the problem. Between the low-lifes and the technical problems, he stated it was his observation many of their most talented residents were walking away, including himself. "Between the myriad of grid issues and increasingly busy first life, my free time and interests have wained. ... I still have no doubt virtual worlds have some place in the future. However, I can't help but feel they will be given to us by companies, and not the user-generated polar opposite. Perhaps they can meet somewhere in the middle. ..."

Sean's website at https://seanpercival.com/ describes him as "an American investor and entrepreneur" who "invested in over 120 startups, and founded several of his own." One of these startups was Wittlebee, a kids' clothing store, of which he gave up his position as CEO in 2013. He currently offers to help aspiring startup companies through his services. His blog features advice for small businessmen, but also goes in to other topics such as Tron and Bitcoin.

It seems Sean Voss/Percival has left Second Life behind, but has been keeping himself busy.