What Happened to 7Seas' Meissa Thorne?


In late May, 7Seas threw it's twice a year "Fishiversary," and their builders and other staff were there to celebrate along with the fishers. But one of the team was not there: Meissa Thorne. The lady whom had once contributed much to the fishing game beloved by many Second Life residents, such as SL Newser reporter Gemma Cleanslate, was gone from the Grid. Her profile page was blank, save for the name and rezz date. There was only an occasional texture at various Fishiversary exhibits to remind people of her. 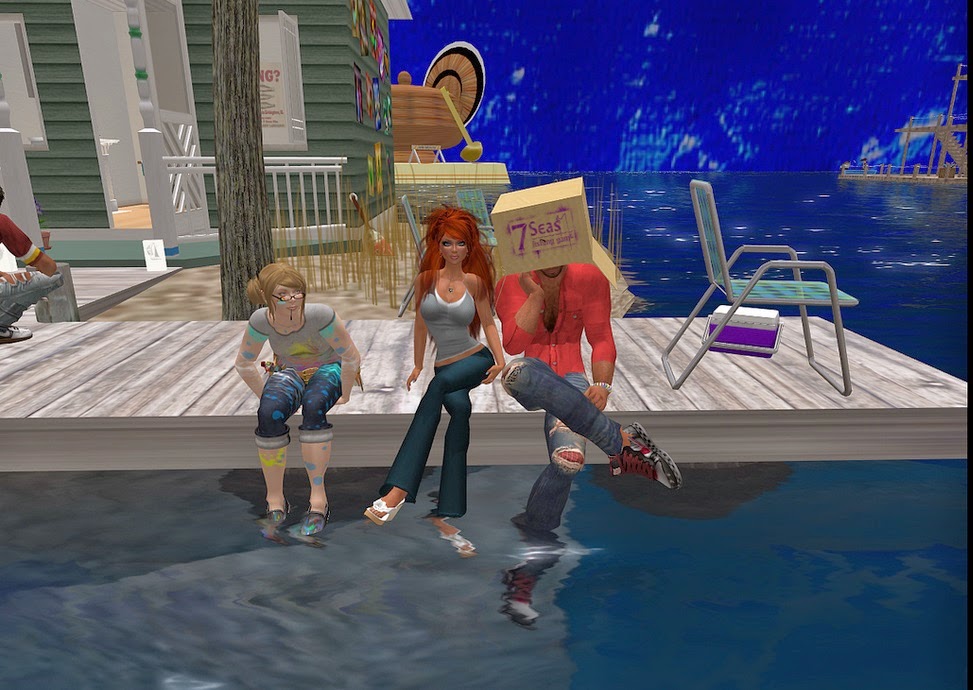 The Newser came across a rumor that she had some trouble with the IRS and Linden Lab had been pressured by them to ban her. I decided to check things out with the 7Seas team to get the story about what really happened. I got in contact with Jen Shikami, and she was willing to explain what happened.

As it turned out, Meissa had no trouble with the IRS, "she wasn't having any problems, Jen explained, "we all pay taxes on our SL money nice and legal-like. Instead, this is actually about LL's new identification policy. So it was in February that they started asking for her ID and SSN." She had provided them the information before, but through a third party, Aristotle Systems, "In this case they wanted her to actually send all this info, including a copy of her driver's license, in their helpdesk ticket system, which... well, in terms of privacy, it's reasonable for her to have concerns about whether it will remain secure. She would have been fine with sending the information if it were through some system she'd considered sufficiently trustworthy. But considering how many months we've seen it take for LL to address basic system-wide security issues in the past, I can see why she'd have some concerns." 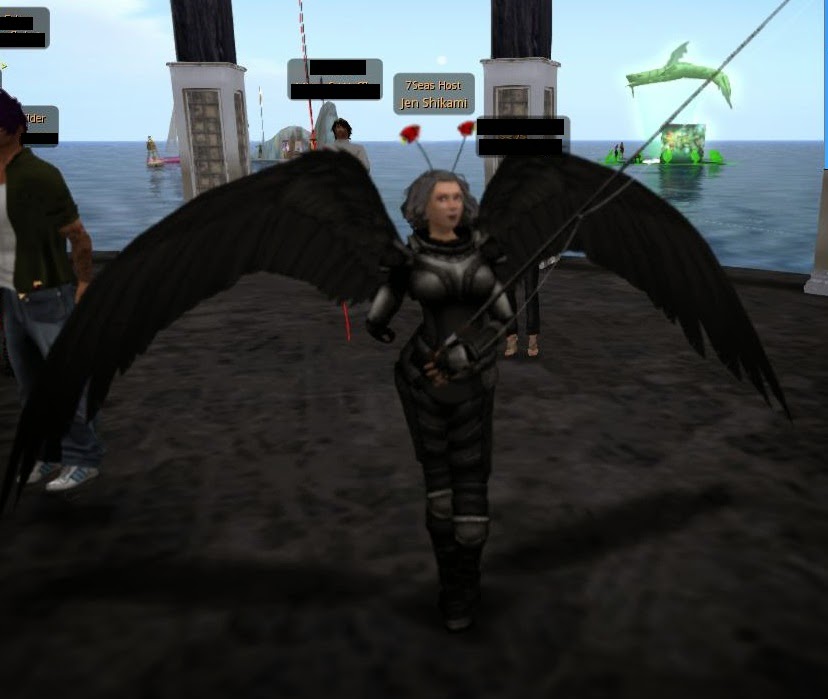 "The other weird thing is that as you see in that FAQ, they're saying U.S. law requires this 'for users that submit a certain volume and/or amount of Process Credit requests in a year.' But this was February, and the policy was just announced a few months prior. In the prior version of this FAQ they specifically cited the Patriot Act and the IRS limits, but her process credit requests weren't near either of those limits. Odd. So between asking for clarification on that point and asking if there's some more secure way to send this information, perhaps through a third party like Aristotle last time... all we got back was boilerplate responses and repeated links to the same FAQ."

Meissa offered a third option for the Lab if they were so concerned about legal details, "She also tried requesting to simply never transact $L again, but they wouldn't accept that either. ... Our concern was that if they deleted her account, it could cripple 7Seas, since she created so many of our objects and servers. We've worked around that, but at the time that was a real concern. Plus, honestly, why should she have to go? Why not just stop transacting if that's their real concern? The thing is, they're blaming this on U.S. law, but this doesn't appear to be consistent with U.S. law. If they just said 'This is LL's new policy, because we said so,' then actually that would be well within their rights. I mean, I wouldn't agree, but it's within their rights. But blaming it on apparently inapplicable U.S. laws seems like a cop-out. And sure, maybe I'm misinterpreting them... I'm not a lawyer... but it's not like we got any other explanations either."

With Linden Lab refusing to bend, they began to prepare for her exit, "Well, my last-ditch effort was to talk to the concierge. Though usually they only allow account transfers when the other person is dead and names you as controlling their estate, they have done account transfers before without any fatalities, apparently. So I was trying to gain ownership of her account, since I was already ID-verified, and it's for my business anyway," Jen is the main IP holder fot 7Seas, "But they wouldn't do that either. I decided not to bother lawyering up."

Meissa herself helped her friends prepare for her leaving, "To work around it, she very generously spent the last couple weeks of her existence there transferring as many objects as possible to me. Seven reviewed our code and it'll all work for now as long as her server is still rezzed. If we have to later, we can replace it by cobbling together the parts and contents from my inventory. All the objects she had legal right to transfer, of course. There are builders kits that don't allow that, but I just bought most of those if they seemed relevant. So now I'm just paying her her cut using real life U.S. dollars. It's more like royalties really, I suppose. As thanks for her prior role."

I brought up the "credit requests" again. Jen told me, "She was just withdrawing every couple weeks. The original info LL sent out listed some dollar or quantity threshholds and she was nowhere near them. Not that she was the only one affected -- sounds like lots of people got the same request. Like I said, it's within their rights even without claiming it's required by U.S. law. Not about to deny that. But it is a great example of poor customer service. Giving someone a deadline and then not responding to questions about it, or responding only with irrelevant boilerplate.... that doesn't help. And why not tell people 'To continue conducting transactions in SL, you must ID verify'? Why threaten deletion?  Because I'm real sure that nowhere in the Patriot Act does it say 'Delete people's accounts.' If this is related to some law, they should be able to actually explain that in a way that helps their customers believe this is both truly necessary as well as truly secure. If they can't reassure people of both those things, they aren't going to get positive responses." 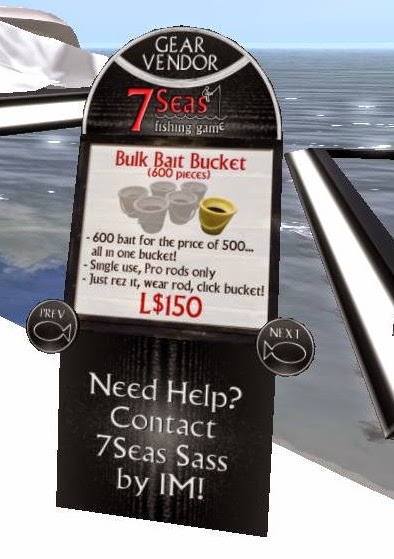 Was there any chance of Meissa getting her old account back? Jen felt there wasn't one, "Not unless she forks over ID, and their handling of this whole thing has not made that increasingly likely. We support her right to draw a line there. for sure. And now I'm seriously wondering if it was a mistake to give them my own ID. I mean, think about this -- I do eBay auctions. I send money through PayPal. I sell through Amazon.com. None of them have required me to send them plaintext SSN or a copy of my ID. Which you'd think would happen if this were truly some universal constant of U.S. law -- see what I'm saying? So really, I just have to raise an eyebrow. Of course LL says they keep that very secure and so on. But they are ultimately asking for a leap of faith in response to answers that didn't feel like answers."

A case of "We're Linden Lab, trust us?" I asked. Jen answered, "We only got the 'trust us' response when I managed to get a sympathetic person on the phone. e's the one who said it should be possible to get the account transferred. It's certainly allowable within the ToS since it says you can do it with written permission from LL. o I requested that permission, explained why, pointed out that we have over 100,000 fishers who might miss 7Seas if this really ruined things. And... no. Not even an extension. So there was very little time between when we realized they weren't giving substantive answers, and the end there."

"Considering the number of people who use 7Seas," I suggested, one would think they'd be more willing to negotiate." Jen answered, "I really didn't want to play the 'Do you know who we are?!' card. Because that's kind of unreasonable, and like I said, it's within their rights to require this of their own volition. But I did want to make sure they understood what this could potentially mean. And that it's not just because she's somehow being too stubborn. Privacy concerns and identity security concerns are totally reasonable, and with this online customer base, they need to be very aware of that. We're pretty open about our RL identities and filing taxes and so on, but I'm sure there are plenty in SL who wouldn't even be comfortable with that. Remember the fuss about age verification? Ultimately, many of the people who agreed to do it only did so because it was through a third party with a reputation for strong information security. That's a totally different scenario than 'Just email us this.'" "Anyway, that's the scoop on what really happened." Jen told me, "Sure, she could have just said yes and it would've been more convenient for everyone, but I think she actually did the right thing. If they want creators to feel welcome in SL, you can't just give them form-letter threats of account deletion without some clear explanations and rationale beyond 'uh U.S. law do it or else.' I am sure this is all LL's lawyers telling them to handle this in a certain way for risk management reasons. But it's remarkably inflexible. And clearly the folks who knew they'd have to use a third-party like Aristotle for identity verification before... those folks must be gone now. There's so much turnover at LL... that doesn't help assurances of 'Oh we keep this very secure.'"

"I remember when I went to SLCC and half the Lindens I met there had just been fired," Jen talked about her trip in 2010, "It was all terribly awkward, since they already had plane tickets and hotel rooms."

"As for 7Seas... (Meissa) has been our most active team builder for the past few years. Motherhood has cut into my free time, plus my RL job and so on. But I want to be sure the community doesn't feel abandoned, so I have some new plans for what to work on for them next (smile). ... Meanwhile I'm training Sass and some of my builder friends... maybe we'll have more help again soon. Lots of folks have offered but really, I like to work with people I know in RL. More accountability that way."

It was about this time the interview ended, and we went our seperate ways, though before parting, she handed me one of the cardboard cutouts of Meissa. One way of saying she might be gone, but not forgotten.