Tuna Oddfellow, the Second Life performer known for his unique "Odd Ball" caused a stir just after the Terms of Service controversy started when he and Shava Suntzu announced in September that they were stopping all performances. They took the Oddball to InWorldz, where they would perform for many months.Tuna didn't leave Second Life entirely, but returned to play a game with friends, as well as to publicize the Oddball events in the other virtual world. 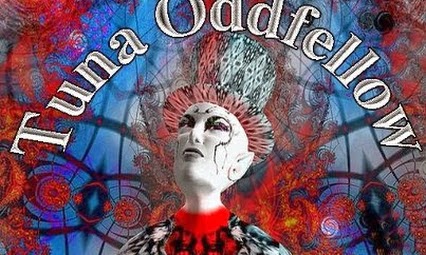 A few days ago, Tuna announced that the Odd Ball would be returning to Second Life. "I still plan to do shows in other worlds," he wrote in his blog, "and even do a few tricks that are not possible in Second Life. Can you even imagine that? If you color outside the lines and join me in other worlds too you wont be disappointed."

"Let me be clear,this does not mean that the views of our rights to our intellectual property are fixed with a magic wand. On the contrary, nothing is fixed. We have lost some talent in SL and others who would be strong voices for change have been squelched. We need to make noise as a community and on that front I see too many would be crusaders who get burned out. I feel so strongly about this as an artist that I can not be quiet about it, so deal with me please and help me with the battle. I will continue in that fight. I will be fighting for change in Second Life as well as educating people on what they give up by sharing their creations in SL as the TOS stands now."

"My partner Shava Suntzu will not return to Second Life until the TOS is changed so you will need to find us in action in other worlds some times. I hope to teach many of you how to expand your metaverse so we can jump to the best the 3d web has to offer and share without walls."
I would later contact Tuna, and he would have a few more things to say, "So it is strange coming home. But is should be exciting too." He explained events in Second Life had steered him to change his plans, "There is no longer enough focus in SL to (get) activists' voices out, and I need to be one of them here. I will be loud about getting the reform to happen.  will continue my regular shows but also have more political non odd ball events that EulaProtest Resident may visit occasionally." Of the United Content Creators of Second Life group's leader stepping down, "This is a big thing to me. I was really disappointed in their structure and approach and ultimate failure."

So when would Tuna start performing in Second Life again? "My first performance really depends," he answered, "I am eager to get on the horse and ride.  I should have the site set back up today in full working order.  I may do a show over the next few nights. It can be an itching. When you are a metaverse entertainer the object of the game is you can draw an audience at any time with the right notice and the willingness to be playful and truly love your community." Of Shava remaining in InWorldz, "We both are doing things in all worlds. Shava's heart is in Second Life but she will be back here wirth the Odd Ball when they change the TOS. She is a political animal." Tuna described her as taking on a new project, "She is the Privacy Evangelist for Blackphone."

Of how he thought InWorldz was doing, "I moved to InWorldz when a lot of real life coming down on our heads with Shava's real life job and health issues.  I love some of what I have seen in InWorldz but I can not say I got as connected as I wished to. InWorldz is doing very well for themselves. InWorldz is a small town not a city. The different styles of worlds fit different needs in people. Some folks for example like worlds with no economy but a gift economy such as OSgrid. I am a resident there too and I have big plans in OSgrid because I make giant interactive art experiences and grids are my canvas. I am even in talks with Metropolis 6th anniversary next month." He would likely be performing at the event, but wouldn't say it was a sure thing, "I will let you know when the ink dries on that plan."

"I have always found ways to reinvent my art and create new experiences so it does not get stale for me or the fans, The Tunaverse. See I love the Tunaverse and they are spread through out the 3d web now. I can't wait to turn more of my dreams into visions for all of you. Remember, I started doing all this because in real life I am a magician. I wanted to give a magicial experience in a world where the first thing people learned how to do was fly."

"I will do more with the art both in and out of virtual worlds and even do mixed realty shows with the Odd Ball projected on a giant wall in the UK while I am in the USA doing my show. People in real life are watching those shows and dancing in Real Life." He talked about Jana Kyomoon (Facebook link) doing "mixed reality" events, "Those happen on the first Sunday of the month most every month. Jana performs her own music at those shows. Sometimes my shows with Jan would happen in InWorldz or other worlds as we go."

"I like to say, I was born in Second Life but I am a metaversalist." For Second Life residents thinking of exploring others worlds for the first time, he recommended InWorldz, and OS Grid, "OSgird is one of the best places to start your hypergrid adventures and that means learning to jump from one hypergrid world to another like a simple TP."

Tuna told me he was still making his plans for his return, " I haven't even begun my thoughts on a few new shows in the works and perhaps an Odd Theater for other performers to play with me." Eventually, it was soon time for us to part ways, "The final word is don't be final and be willing to allow growth and change but always stay odd."

And so, Tuna went on his way, making plans for his artistic return to Second Life.