Commentary: Once Upon a Cure 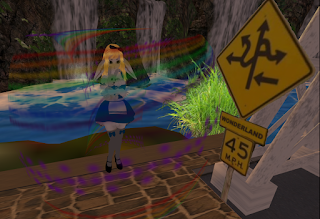 At a recent meeting of the Sunbeamers Club, Rita Mariner announced the theme of the 2016 RFL will be "Once Upon A Cure". For this writer, the theme is perfect, for reasons that follow.

I am a member of two SL groups, dedicated to helping find a cure for cancer. In "Sunbeamers" the goal is to gather donations, for use in cancer research. In the "Second Rife" group, the goal is to inform the public of alternatives to conventional treatment.


EVERYTHING that exists, in the world of form, was first an image in a thinking mind. Like it or not, any pictures we keep in our minds will draw that thing into our envinronment, as if by magic. This magic becomes super powerfull, when the same image is in the minds of many. Now, follow me in your imagination. 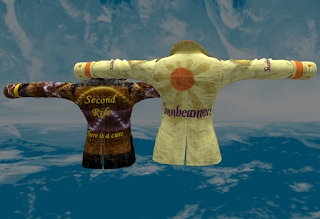 RFL teams are challenged to come up with fairy tale elements, that promote the curing of cancer. Our group, as it's centerpiece, could have a magnificent, steampunk machine, with lots of moving dials, gears and other parts. In front of the machine, we see a small platform. When clicked on, the platform puts you in a pose, bathes you with rainbow light and puts an object in your inventory, called "rainbow torus."  When it's worn, it makes a spinning rainbow, around your av, as shown in the above picture. In theory, this spinning rainbow is a protective ring that keeps cancer out. Here's the good part; there is no mental image for the word NOT, so it doesn't matter if our fairy tale machine really works. What our machine really does is churn out a stream of people that are presenting a symbolic IMAGE of [rainbow/cure]. Even those not wearing them will learn the symbol. With a positive image, over the rainbow,pot of gold sort of thing, planted in the minds of thousands, we now have a super powered force, that will hasten the true cure to enter our world. We are turning a fairy tale into real life science.

When the cure is manefest, it is simple and inexpensive. They'll even make apps for your phones and computers. Nobody will want the expensive surgeries and toxic chemicals. I now return your imaginations to you. These ideas may or not not be those of the newspaper and it's sponsors. It's all just my opinion of what would be a fun and useful adventure in Second Life.

Editor's Note: The article has been edited from the original.
Posted by Bixyl Shuftan at 6:00 AM