A few months ago, the Sunweaver/Angels' community in Second Life began making a place for themselves in Minecraft. They weren't alone as a number of other groups from the Grid began expanding onto the sandbox world. Recently I heard that the oldest one, Luskwood, was among them. They had been there for about a year, which raised the question what could they have made given that amount of time? 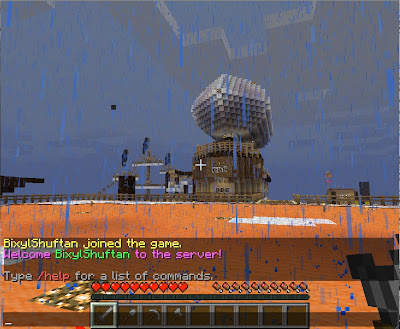 Talking to Michi Lumin, she told me who to get in contact with for access, and it was soon done. This is what it looked like when I first arrived. But what had I arrived on? 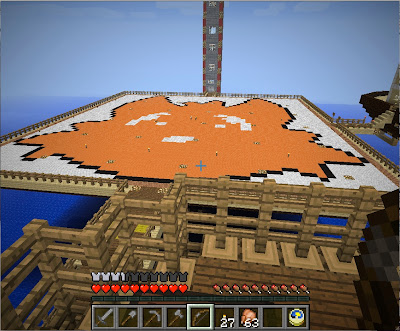 As it turned out, the entrance to the server is one giant Luskwood logo. Although building mode was off for newcomers "so that they can't place destructive lava," there were a few supplies in a nearby ship. 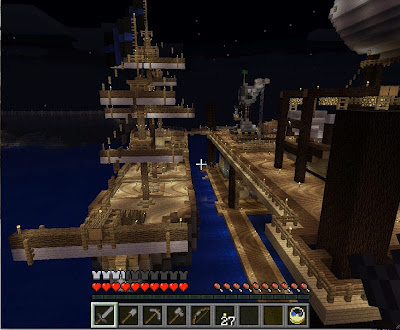 The place is called the Community Project Docks, part of "the player-run city of New Horizon." And it was a well-detailed port area, with a carrier, a submarine, a zepplin, and this clipper ship. Quite a bit of detail went into the making of the vessels. There were a few monsters about, but things were set so creeper explosions couldn't hurt them. 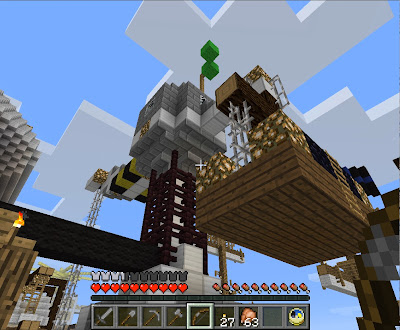 A look at one of the port cranes. 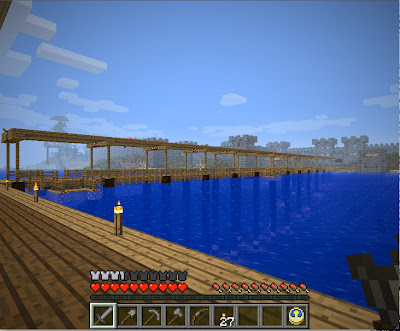 A walkway connected the docks to the mainland. 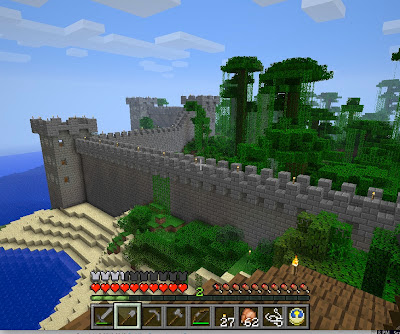 And getting to land, there was a huge wall (the Great Wall of Lusk?). 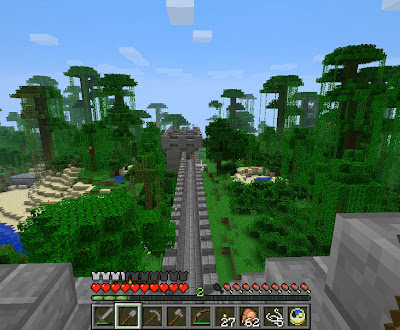 It went on for quite a distance. 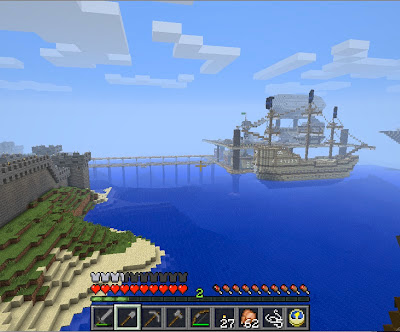 A look back at the docks, from further along the wall. 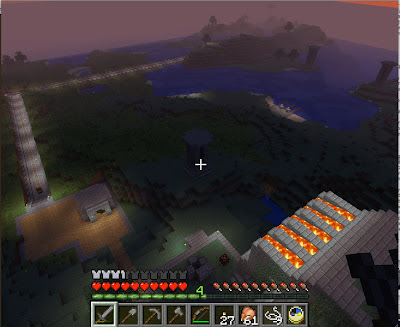 After a long while of walking, and spider-stomping, the wall ended at a complex of buildings. 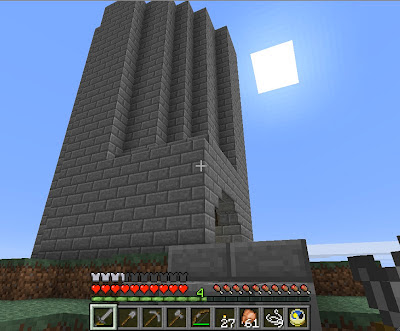 There were a number of things here, rooms with beds, indoor farms and critter pens. 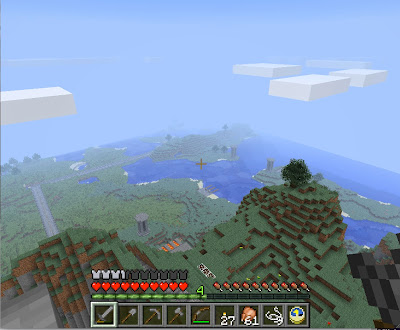 So far from the port, it can't be seen. 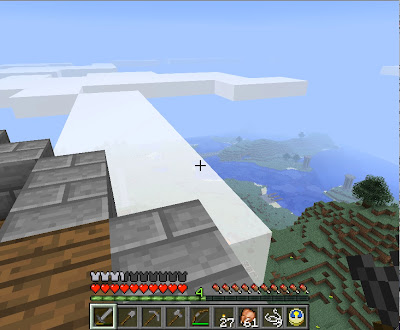 The tallest was so high, clouds brushed against the top.

And that was my introduction to the Luskwood server. Unable to build shelters, I was pretty much limited to where there was light, which was the wall and the buildings. A more detailed look of the interior will have to wait until I can get build permissions. I had been told there were some places built inland, though warned some were booby-trapped. So a look there might be hazardous. A bit of an irony that the place that gets so much griefing in Second Life has residents setting up traps as pranks.

After a year, the Lusk residents have created quite a bit. And only part it it's been shown. I still haven't gone the other length of wall, so perhaps more pictures soon, build permisions or no.