Sha's Thoughts: Josh on His Own 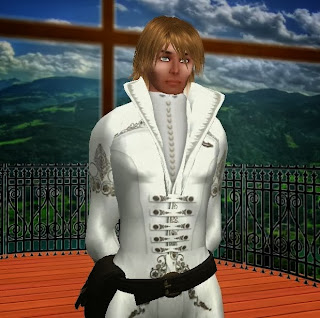 This is the new member of my avatar family. His name is Joshua Xavier, but it didn't start out that way. He began as an alternative costume for Sha, after hearing from males that it was so much easier for females in Second Life. Like wearing a furry, she would wear him and go about experiencing the flip side. The problem was, the disguise had one flaw, in that, even when attempting a made up name tag, people could still see the real name of Becky. To get around this, a second account was opened, using the gender-free name, Bach Shamen.. Bach made a great start as a man and even attracted some girl friends, As Sha's younger brother, he lacked a mission of his own and was caught up in fulfilling the dreams of other males, making money and finding love. After proving that SL men could make money and date pretty women, he returned to the nest, so to speak, by becoming Sha's sister, almost a twin, save a darker shade of hair. For a while, they worked at the same club, on alternate nights. Since the computer could only handle one at a time and there was little difference between them, Bach soon fell out of use. 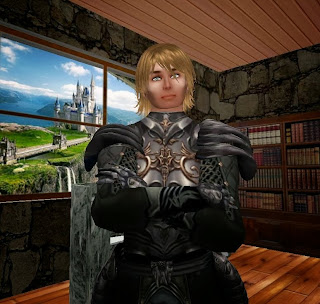 When Sha became a news reporter and adopting characters to fit the sims  and lifestyles of the places being explored, it began to make sense that some stories are best told from a female perspective, while others from the male's. Sha's male avatar was dusted off and used in two stories, as a narrator for topics that required no exploration to write and were suited for a more authoritative speaker. By using trick photography, the two could even seem to be two separate people. He was given the name Joshua Xavier, to give maximum polarity from his progenitor.

When a new account was opened, Sha donated L$3000, to let him shop for macho clothing, like airship captain, knight in shining armor, and leather jackets. Perhaps there will even be a motorcycle in his future. As yet, there is no sharp line between what stories will be taken by Sha and Josh, but in general he will gravitate to the science/philosophy, mental end of the spectrum, while Sha shops the feelings, desires, heart side of the street. It will be an educational experience for their player/writer (moi), developing the flip sides of the coin.

Becky "Sha" Shamen
Posted by Bixyl Shuftan at 6:00 AM