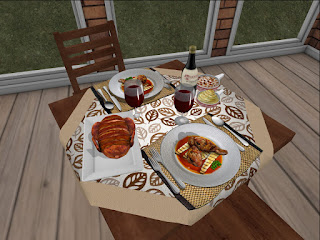 Finally, I would have the perfect thanksgiving in my life.  I had a date and I would prepare a romantic thanksgiving dinner for the two of us.  I had the menu in mind; in fact I had planned each and every single detail and could already visualize it all!


But nothing went according to the plan.  Since I wanted everything to be perfect, I needed to get started early.  The mashed potatoes and dessert were ready and the turkey was in the oven.  This was the first time I was cooking turkey and I had googled so many recipes to be sure I was on the right track.  I checked the oven and saw that it was nearly ready.  I started to tidy around quickly and then I saw the saucepan on the table.  Oh no!  I had forgotten about the stuffing!


I was no pro in the kitchen but I needed to fix this mess.  I quickly switched the oven off and took the turkey out.  “Let’s add the stuffing fast and put it back in the oven!” I muttered to myself.  I started to get to work when my phone beeped.  I checked the text, smiling to myself.  It was him and he sent me a lovely message saying he could not wait to see me tonight.  I continued to stuff the turkey and was almost done when I heard the beeping sound again.  I looked around for my phone, wondering where it was.  I checked under the table, behind the saucepan, over the fridge, etc.  That’s when I heard it starting to ring, I looked around and screamed in horror as I realised that I had dropped my phone in the stuffing and then I was stuffing the turkey, so it could be inside!  I panicked and started to remove all the stuffing, knowing the clock was ticking! 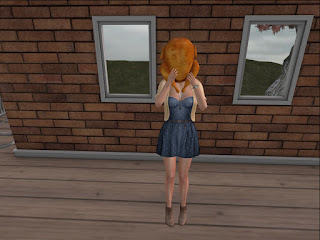 “If I can spot it, it will be much easier!” I exclaimed and I leaned down and tried to peek inside.  I inched closer until my cheek was rubbing against the warm turkey.  I did spot something lighting inside but I was not sure.  I parted the turkey’s legs so I could get a better look.  I pushed my head inside and I heard it ring.  But that did not come from my turkey!  It was a distant sound.  I started to pull out but got stuck!  It took me a long time until I was finally able to get my head out of that turkey!  As I emerged out, gasping for breath, I noticed that my phone was in the saucepan next to my now tattered turkey. 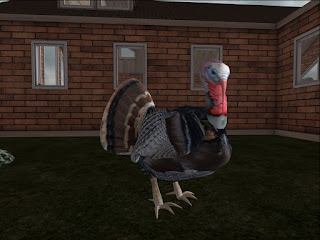 This was awful!  I called the nearby butcher’s shop to order another turkey but they ran out of stock.  I started to google quickly and saw an advert that said turkey delivery and immediately called and gave them my address.  I went to wash my face and the doorbell rang.  I grabbed my purse and quickly paid the delivery boy who told me he left the turkey in my yard.  I thanked him and went out to fetch it.  That’s when I almost fainted. They sent me a live turkey!

I called the shop and they told me that they were no butchers.  As I checked my watch, I realised that I was running out of time and this turkey would have to do.  I went to fetch my knife and starred at the turkey nervously. 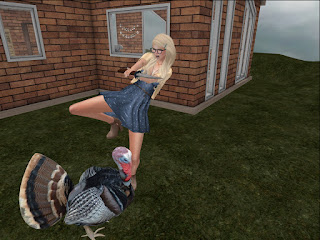 “Listen, I’m sorry but I have to do this or my thanksgiving dinner will be a real flop,” I muttered to it as I stood there with my knife.

“Okay… here we go!” I shouted and took a few steps back before charging forward, screaming like a real warrior but as the knife got closer to the turkey, I froze in my tracks.  “I can’t do this!” I cried out, tears filling my eyes as I dropped to my knees in front of it, “You’re too cute!”


I dropped the knife and stared at the turkey while it continued to cry out, “Glu Glu! Glu Glu!” 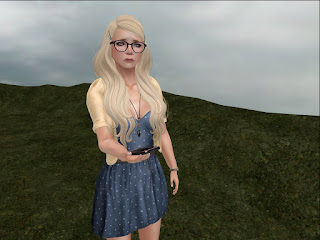 I decided to name the turkey, Glu-Glu.  I checked the time and decided that I could order pizza instead; my date would not mind.  That’s when my phone beeped.  “Nooooo!” I cried out as I read the text.  He got an emergency at work and could not come!  I was so upset. 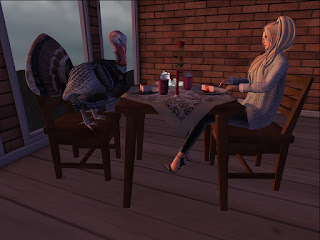